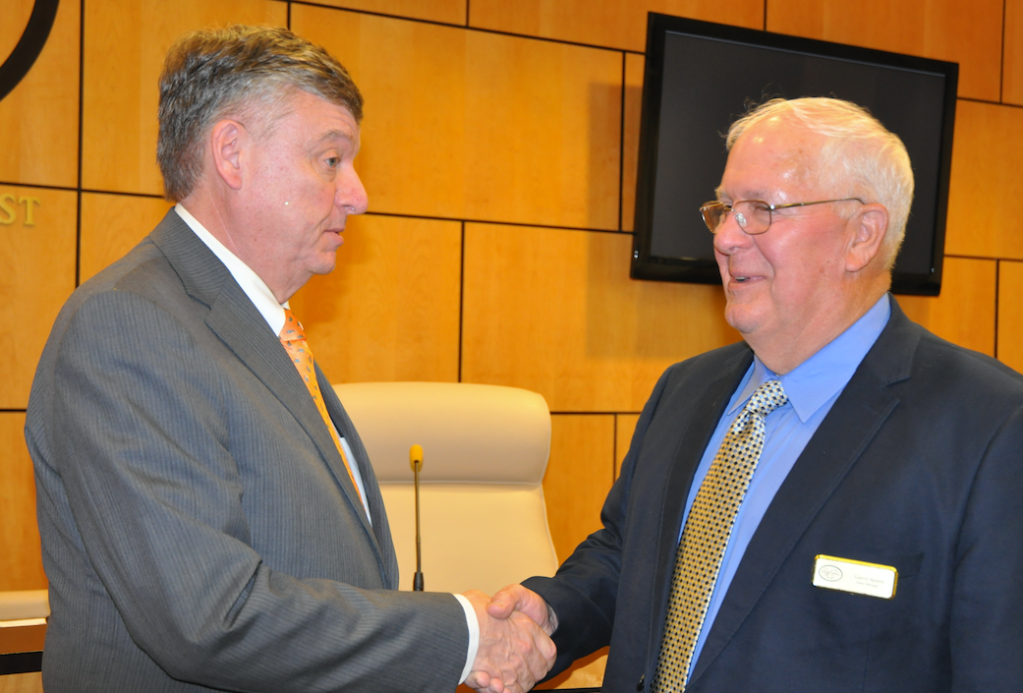 The contract comes with the inclusion of a possible two-year renewal at the end of the term.

“Mr. Spates has served the Town of Farmville for 42 years and is a wealth of institutional knowledge,” said Ward C Councilman and Vice Mayor A.D. “Chuckie” Reid before offering his motion to extend Spates’ contract.

Reid, who chairs the town’s personnel committee, which offered the extension recommendation, noted Spates’ service as the town’s emergency management coordinator and manager of the Farmville Regional Airport in addition to his serving as manager of the town.

“The town is thriving and experiencing economic growth, (including) the addition of new businesses, restaurants and motels. With his leadership, Farmville continues to flourish and grow as a tight-knit community with rich history, culture and beauty,” Reid said.

“Council could renew it for two more years,” Spates said of his new contract after the council’s vote.

“Salary (is) pretty much the same,” Spates said. “I used to get paid for vacation time that I didn’t take, but now they just give me straight salary, and I’ve got to take the vacation.”

“Council, I tell you, they’re great to work with,” Spates said. “It’s just all the difference in the world.”

“Mr. Spates has been a great leader for the public works, and we appreciate it,” Public Works Director Robin Atkins said during his monthly report, which was followed by praise for Spates from council members.

According to a town press release, Spates “has led and managed numerous community and economic development projects, including the Farmville-Prince Edward Community Library, the water treatment and wastewater treatment plants, the ICA facility, improving upon the water and sewer infrastructure to increase economic development and strengthening the relationship between the town and Longwood University.”

“Spates has served Farmville well and has been a vital resource for recruiting new businesses and supporting existing businesses,” she said. “Visitors often tell us that the town is so welcoming and so well-maintained, and that is attributable to Gerry’s management and care.”