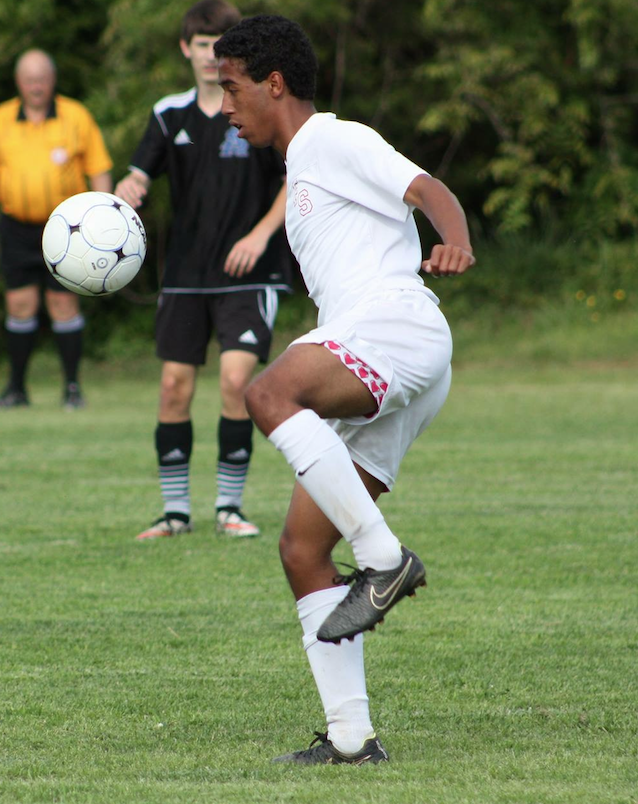 Fuqua School’s varsity soccer team is shorthanded and has been injury-plagued, but Co-Head Coach Andrew Parker sees reason for optimism.

Parker noted that though unaffiliated with a conference, the Falcons compete in a coed league. However, the Falcons do not have a girl on the roster this year, which has created some challenges.

He explained that in Wednesday’s 5-4 road loss to Brunswick Academy, his team was forced to play down two players because of a policy that states teams must play down if they do not have girls on the roster.

He said that for some games Fuqua has had on the schedule, officials at the game inform him that the contest has been changed to a scrimmage, making it complicated to express the team’s overall record at this point. But following Wednesday’s game, Parker listed the Falcons’ record as 1-5-1.

He said he has been pleased with Fuqua’s play overall, given the adversity faced, some of it being a by-product of having only 14 players on the team.

“My biggest compliment to the (players) has been their work rate and how hard they compete every single day even with everything against them,” Parker said. “They continue to have a positive attitude about everything.”

This is the first year Parker and Co-Head Coach Drew Ratliff have led the Falcons. Both of them have been playing for Hampden-Sydney College (H-SC).

They took the reins of a team that Parker said had lost four to five players due to graduation last year.

“I’d say probably our MVP so far has been Jalen Patteson,” Parker said. “He’s pretty much scored an overwhelming majority of our goals so far.”

He noted that Patteson, a junior forward and team captain, has been recruited by H-SC, as has been senior defender Hampton White.

Standing at more than six feet tall with a good attitude and experience level, “he just brings another level to the game that we need in terms of energy,” Parker said. “He’s that spark for the team.”

The Falcons hosted Nottoway on Thursday, and they visit Isle of Wight Academy on Tuesday at 5:30 p.m.