Perry commits to play for E&H 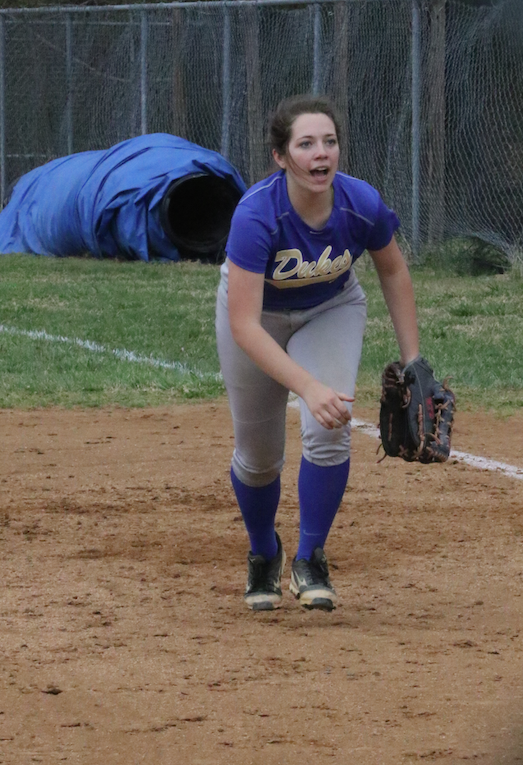 When the 2017 season ends for Cumberland High School’s varsity softball team later this spring, it won’t be the end on the diamond for senior first baseman Mary Kate Perry.

She verbally committed in December to continue her career at the next level, agreeing to play for Emory & Henry College (E&H).

“It’s kind of like a dream come true and the opportunity of a lifetime,” Perry said. “It’s always something that I’ve wanted to do, so to be able to actually do it feels really good.”

As an NCAA Division III school, E&H does not offer athletic scholarships, but Perry said she will be receiving a partial academic scholarship.

The school became a focus of her attention when she was at a camp and Emory & Henry’s coach came up to her.

Perry said she ended up making a visit to the college in October and then confirmed her commitment a couple months later.

“The coach talked to me and basically said that he liked my character and the way that I played and thought that I would fit in with the team, so it felt like a good decision,” Perry said.

She had been weighing a few different options.

“I didn’t really want to go to a big school, so I went to Roanoke and Lynchburg and all those, the smaller schools, but this one felt more like home to me,” Perry said of E&H. “The people there are really nice and understanding, and it was kind of like a ‘home away from home’ kind of feeling.”

She noted that the college is four hours away from home, which suits her well.

“I wanted something far enough away to where I could do my own thing but still close enough to home to where if I wanted to come home, I could just make the trip,” she said.

She said she plans to major in health and human performance with the intention of becoming a physical therapist.

Perry said Emory & Henry coaches want her as a first baseman, the same role she fills for Cumberland Head Coach Kamren Gilliam and the Lady Dukes.

“I’m proud of Mary Kate for making a decision and going to play college ball,” Gilliam said. “It’s a great opportunity for a great person. She’s well-deserving of being able to go play at Emory & Henry.”

As for what Perry will bring to the Wasps, Gilliam said, “She’s a great individual, a good leader, not afraid to step out and be first in line on anything. She brings a good stick, as well, and she’ll be a good addition to the team as a first baseman.”

Perry said that those helping her be in the position to commit to a college team include her parents, Tom and Melissa Perry, all of her coaches and Cumberland Athletic Director Alfonso Bell.

“We’re obviously very proud of her,” Tom Perry said. “She works extremely hard and has put in the time since she was a little girl and fell in love with the game of softball.”