Work by Longwood University ceramic artist Adam Paulek will be featured in one of the nation’s most prestigious craft shows.

According to a press release, Paulek was one of 120 fine-craft artists selected for the 35th annual Smithsonian Craft Show from among more than 1,000 applicants, including what a Smithsonian Institution news release described as “many of the most accomplished artisans in the United States.”

“The juried exhibition and craft sale will be held April 27-30 at the National Building Museum in Washington, D.C.,” officials said in a press release.

“I’m honored to be part of this,” said Paulek, an assistant professor of art. “Making and showing work in a venue like this is the sort of example we want our students to see and eventually follow. It also allows me to keep an ear to what is going on in the contemporary craft world.” 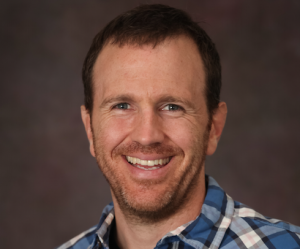 According to the release, this was the first time that Paulek applied to the show, which is officially committed to presenting “the most thoughtful, original and skilled American craft and design objects.” The exhibitors represent many areas of contemporary design and craft, including basketry, ceramics, furniture, jewelry, glass, leather, paper, wearable art and wood.

Paulek, according to the release, will take a “mix” of porcelain and stoneware works to the show, including sculptural objects, hand-held pieces and wall grids. Most of his work is functional and features images generated from his photography.

“He was an artist in residence in 2015 at the Maison des métiers d’art de Québec, in Québec City, and in 2013 he was the ‘100 Cup Artist in Residence’ at Guldagergaard-International Ceramic Research Center in Denmark,” officials said. “In 2012, he was the featured Salad Days Artist for Watershed Center for the Arts in Maine. His participation in a Longwood photography course in India over the 2013-14 winter break inspired some of his work.”

“Paulek, a potter/ceramic artist for 17 years, fell in love with ceramics his senior year as an undergraduate at Buena Vista University in his native Iowa. After working under potter Hank Goodman in Asheville, North Carolina, for three years, he earned an (master in fine arts degree) in ceramics at the University of Tennessee. Following graduate school, he ran a production pottery studio and created Mighty Mud Studios, a clay art center in Knoxville.”

“I’ve been able to create a life around clay,” Paulek said in the release. “As I tell students, there’s no reason not to continue making art. If you stay persistent and thoughtful, over time you can make a life around it.”