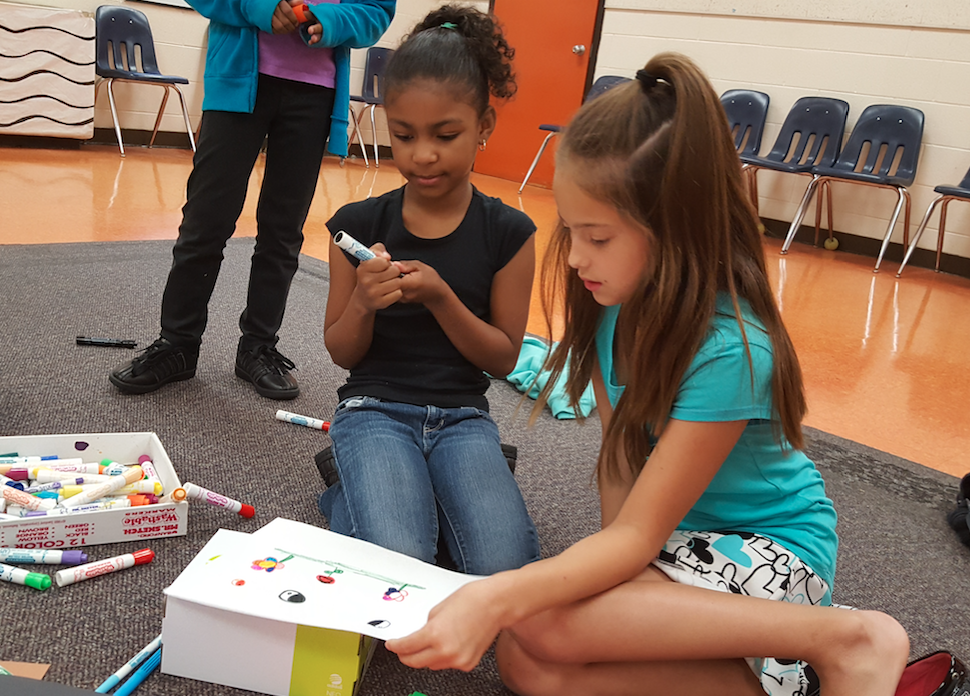 Third-grade students Olivia Williams, left, and Kiley Capati, right, participate in the band-oriented Covey Club in which they create their own instruments.

Students in Prince Edward County Elementary School — from kindergarten to fourth grade — have been participating in Covey Clubs, developing their skills and interests.

According to Principal Carolyn Jones, the clubs provide students with the opportunity to develop interests in a variety of areas.

“These areas include, but are not limited to, music, dance, jewelry making, reading, math and sign language,” Jones said. “At the end of each semester, students have the opportunity to showcase their newly-learned skills to their parents during Parent Night.”

“The original plan was to have an enrichment period each day where elementary students could receive enrichment in lots of different areas,” said Division Superintendent Dr. Barbara Johnson. “It also provides an intervention period.” 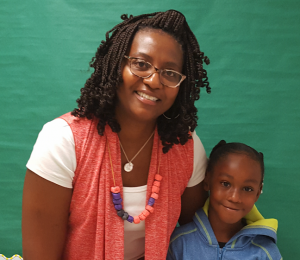 Dr. Julie Gilliam, the division’s executive director of curriculum and instruction, said if the students are having difficulty with a certain skill, they’ll often go to intervention to receive skill support, but other times they’ll still do enrichment exercises.

“They are called clubs, but embedded beneath the surface, there is also an opportunity for intervention if a student needs it,” Gilliam said. “It may be that you’re making jewelry one day, but you’re brushing up on some math skills another day.”

Gilliam said the enrichment period is a nice break in the day for students.

“We are adding in and removing new things all the time, so it may be that we have this for a while and then that goes away and something else new comes along so that, you know, they kind of have a variety and don’t always know what’s coming next,” she said.

Gilliam said the clubs were named after author Stephen Covey, who’s known worldwide for his book, “The Seven Habits of Highly Effective People.”

“The elementary school is a Leader in Me school; the Leader in Me program is devised from Stephen Covey,” Gilliam said.

Teachers at the school have been trained in the habits and how to translate them to students at younger ages, she said.