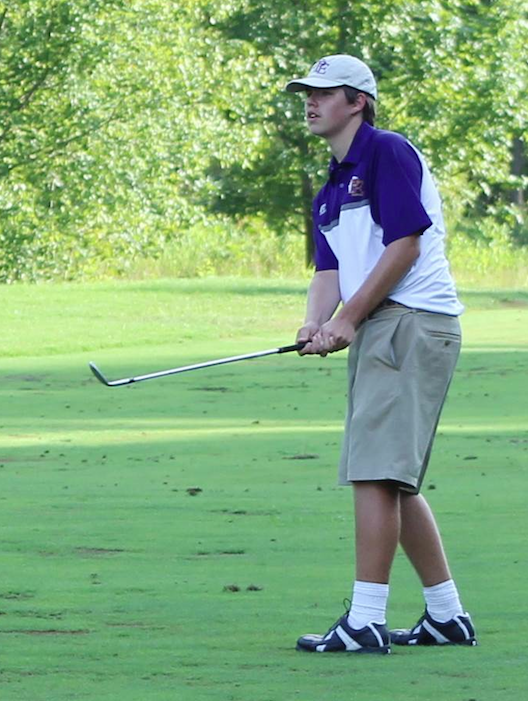 CONSUELO ALVAREZ Prince Edward County High School senior Henry Lutz’s skills athletically and academically helped lead to his being a recipient of a 2017 The Allstate Foundation/VHSL Achievement Award, a program which recognized him as the Group 2A Athlete of the Year.

Henry Lutz recently received an honor that was fitting to the kind of senior year he has put together athletically and academically.

The Prince Edward County High School student-athlete applied to receive a 2017 The Allstate Foundation/VHSL Achievement Award, and among those to apply, he was named the Group 2A Male Athlete of the Year.

“It was really exciting, and it was quite an honor to get that,” Lutz said. “And I was also kind of happy because of the scholarship that was involved in it.”

Across all six classifications of the Virginia High School League (VHSL), 19 student-athletes received recognition, and each of them were awarded a $1,500 scholarship.

The Allstate Foundation/VHSL Achievement Award was described in a press release as the VHSL’s premier program for recognition of individual students involved in athletic and academic activities.

During the 2016-17 school year, Lutz has participated in golf, swimming, tennis and the Scholastic Bowl.

In golf, he was the Group 2A state champion and 2A East regional champion. In swimming, he was a state qualifier as part of a relay team. In tennis, he is the No. 1 singles player on the team. In the Scholarship Bowl, he helped Prince Edward finish second in the conference and reach the regional tournament.

Lutz, who had to write an essay as part of his application for the award, has a 4.46 GPA.