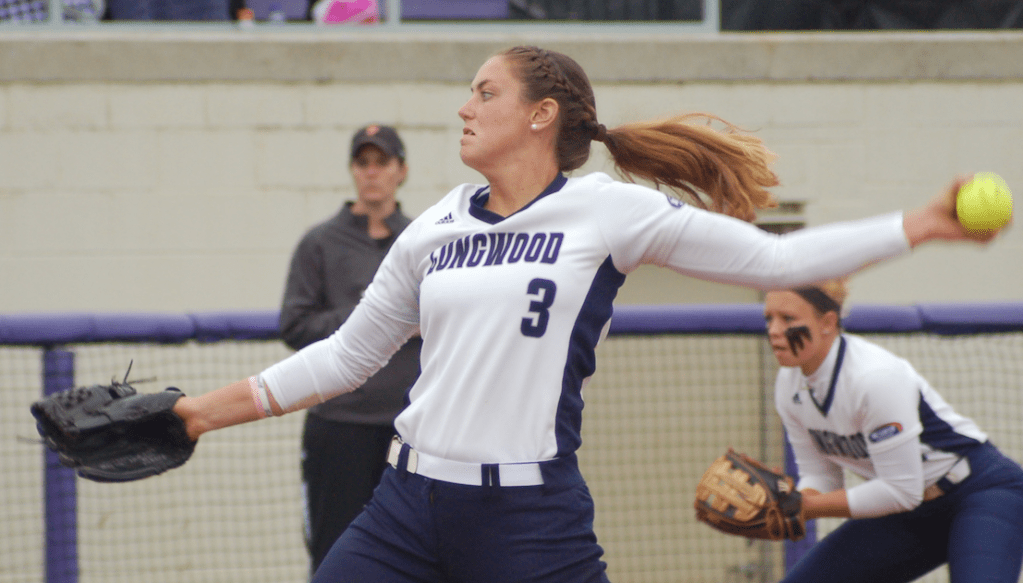 Senior Elizabeth McCarthy and sophomore Sydney Gay combined for a three-hit shutout to lead the Lancers to a 4-0 win Sunday afternoon at Lancer Field, completing a weekend series sweep of visiting Gardner-Webb University.

Coming off her third career no-hitter in the second game of Saturday’s doubleheader, McCarthy drew the start in the circle. She worked a perfect opening inning, before Gardner-Webb got its first hit of the weekend off the back-to-back Big South Pitcher of the Year in the second inning.

“She wanted the ball today,” said Head Coach Kathy Riley of McCarthy coming off a no-hitter Saturday. “Biz was so dominant yesterday that we thought we’d start her. Her location was good once again today, and she looked confident again today.”

McCarthy (5-6) earned her fourth win in her last five starts, as she tossed four scoreless innings on three hits and a walk. Gay came on to relieve McCarthy in the fifth and pitched the final three innings to pick up the save.

The series sweep for the Lancers (15-20, 4-5 Big South) marks their first of the season, as Longwood extends its winning streak over the Runnin’ Bulldogs (11-25, 4-7 Big South) to 17 straight since joining the Big South prior to the 2013 season. Longwood also extends its win streak to eight straight on its home field.

“Anytime you can sweep a three-game series is a big deal,” Riley said. “It was a goal of ours to come out and move up in the conference standings.”

Junior Kelsey Sweeney was one of seven different Lancers to record a hit Sunday, as she had an RBI double to give Longwood a 3-0 advantage in the fifth inning. In addition, sophomore Jessica Smith had an RBI single in the second inning to give Longwood the lead.

Praising the pitching of McCarthy and Gay, Sweeney said, “When they’re pitching that well it also helps us as batters, because it allows us to be a little more aggressive and look for a pitch to drive to get some runs.”

The Lancers visited Virginia Tech on Tuesday, and they begin a three-game homes series against Presbyterian College on Friday, with the first pitch scheduled for 5 p.m.