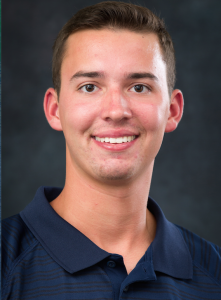 The 11th-ranked NCAA Division I baseball team in the nation flexed its muscles as the University of Virginia beat visiting Longwood University, 13-2, Tuesday night at Davenport Field.

Pavin Smith led the way for the Cavaliers at the plate with a 4-for-4 game, driving in three runs. Smith was one of four hitters for Virginia to drive in multiple runs.

Virginia, the top hitting team in the ACC and the conference’s leader in runs scored, picked up 12 hits in the game.

Longwood sophomore Jon Peterson (1-1) was hit with the loss in his first career start as the sophomore southpaw tossed 3.2 innings of three-run ball on five hits and three walks issued.

Freshman Nathan Iskowitz picked up a pinch-hit RBI single for Longwood’s lone RBI. Freshman Antwaun Tucker went 1-for-4 with a walk, one run scored and two stolen bases, while junior Sammy Miller was 0-for-1 with three walks as the lone Lancer to reach base multiple times in the loss.

On Friday at 6 p.m., Longwood begins a weekend home series against Winthrop University.