Jordan named Scholar of the Year 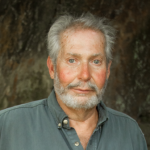 According to a Longwood University press release, he was the only recipient of this year’s scholar award from the Virginia Social Science Association (VSSA), which is given annually to up to three people from the various social science disciplines.

Jordan is the first anthropologist since 1995, and the first Longwood faculty member since 1982, to receive the award, which this year was presented March 25 at the annual convention, according to the release. “VSSA, founded in 1927 and the oldest association for academics in Virginia, chose its first Scholar of the Year Award recipient in 1981.”

“Since joining the Longwood faculty in 1978 to start an anthropology program, Jordan has conducted field research at prehistoric and historic archaeological sites in central Virginia and the Potomac River Valley,” school officials said in the release. “He also has conducted a study of an English village, studied archaeological collections in Syria and Jordan and studied free-ranging chimpanzees at Gombe Stream Research Center in Tanzania. Every year since 1995, he has taken Longwood students to England to study prehistoric and medieval archaeological sites such as Stonehenge and Bath.”

According to the release, Jordan has received numerous accolades throughout his career, including selection as the Virginia Professor of the Year by the Carnegie Foundation for the Advancement of Teaching in 1995. “He was chosen one of the 11 most outstanding professors at Virginia public colleges and universities in 1992. The same year, a joint resolution of the Virginia General Assembly recognized him for ‘outstanding services to the citizens of Virginia and to the discipline of archaeology in teaching and research.’”

“In addition to his Longwood duties, which includes serving as chief faculty marshal, he is executive director of the Nature Camp of Virginia, a naturalist for Virginia State Parks and a technical consultant for the TV program Bones.”