The Prince Edward Board of Supervisors voted unanimously to advertise a proposed 2017-18 fiscal year (FY) budget on Tuesday — one that includes an increase of $123,802 in the school division’s budget and a 2-percent pay increase for all county employees. 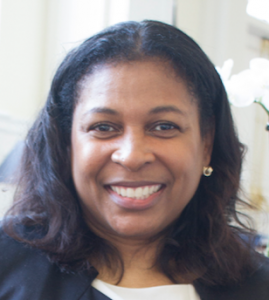 “Everything that we have presented is in the best interest of our students and growing our programs,” Johnson said. “That’s what we’re really interested in, making sure we provide that which is necessary but also that which is an extension of their growth.”

Johnson asked supervisors to reconsider the funding increase, noting that while she was thankful for what increase the schools were given in the proposed advertised budget, the schools were still looking at an increase to cover the $314,639 shortfall from lower state and federal funds.

The budget includes hiring a part-time public relations manager to combat, what Johnson termed, a sometimes-negative perspective of the division. The budget calls for combatting turnover and a new guidance counselor that would work between the middle and high school.

Following Johnson’s presentation, the board discussed criteria and regulations that were previously adopted regarding funding non-county agencies and organizations. That criteria, which was approved in June, included “the total amount reserved for allocation to such agencies will be no more than $150,000. The board of supervisors will establish a new spending limit for FY19 and beyond.”

“Hindsight being 20-20, when we capped donations, that could really … hinder the county from growing,” said Leigh District Supervisor Jerry Townsend. “When you talk about expanding the recreational activities in the rural areas, we capped it at $150,000, and right now we’re going to become stagnated if we don’t do something about it because it doesn’t leave any room for growth.”

Townsend brought up the issue regarding funding to the Virso Recreation Center, in which he had recommended cutting from some other agencies in order to maintain the $150,000 cap while still supporting the center.

“This board made hard decisions last year and we’re going to make tough decisions this year about managing the cost and tax burden on the citizens of the county,” said Buffalo District Supervisor C.R. “Bob” Timmons Jr. in response to Townsend. “Everybody that came to that podium that spoke last time at the public meeting said ‘Don’t raise my taxes.’”

Timmons said this was the first year the county has constrained itself to a maximum budget.

“I don’t have a problem with adjusting within the budget, but last year, a year or two ago, you came to the board and said, ‘We need to do something for Virso.’ You wanted $12,500,” Timmons said. “The board gave you $6,500 the first year, and then you can back you said ‘I won’t ask for it a third year,’ and here you are again asking for more money.”

Timmons said he was fine with moving things around within the budget, raising the commitment Townsend had made to the board.

Townsend later clarified his main concern wasn’t with funding the center but keeping the county from growing.

The board will hold a public hearing regarding the county and school budgets on Tuesday, April 18 at 7:30 p.m. in the courthouse.

The budgets for both could be adopted on Tuesday, April 25.

This article is a corrected version of the original version, posted Thursday, April 6.