The Prince Edward County Democratic Committee is holding a town hall meeting at Prince Edward County High School on Saturday from 4-6 p.m. without Fifth Congressional District U.S. Rep. Tom Garrett, R-Buckingham. According to a press release from the committee, an invite was sent to Garrett — one he didn’t respond to, organizers said.

The release stated the meeting will be held with or without the congressman.

According to a statement from Garrett’s office regarding the town hall meeting, the congressman may send staff to keep notes and log any specific concerns with constituent request forms. 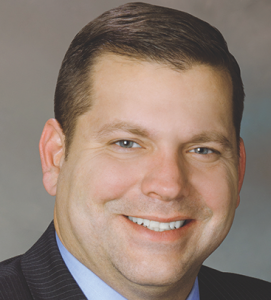 “Sadly, the organizers of the Farmville event didn’t check with us before setting a date and time, and, as such, we will be unable to attend,” Garrett told The Herald.

“Our next live town hall, our 20th, will be in three weeks in Bedford County,” Garrett said. “Of course that is a good distance from Farmville, which stands to reason in a district that is as big as New Jersey and Delaware combined.”

Garrett said for that reason his office likes to hold internet and radio forums, noting that it was an idea originally suggested by his opponent Jane Dittmar, a Democrat who sought the congressional seat alongside Garrett.

According to event organizer Abigail Horne, the committee sent the congressman an email and mailed two letters to Garrett’s offices in Danville, Charlottesville and Washington D.C.

“We have not heard any official reply to these emails or letters,” Horne said.

Horne noted that even though the Democratic Committee is sponsoring the event, it’s open to citizens of all political affiliations.

She said if Garrett did not attend they would ask attendees to voice their comments and questions as if he were there, which would allow for the committee’s recording of the event to engage with him directly.

“The aim is to promote communication with our representative,” Horne said.