Doing it all and doing it well 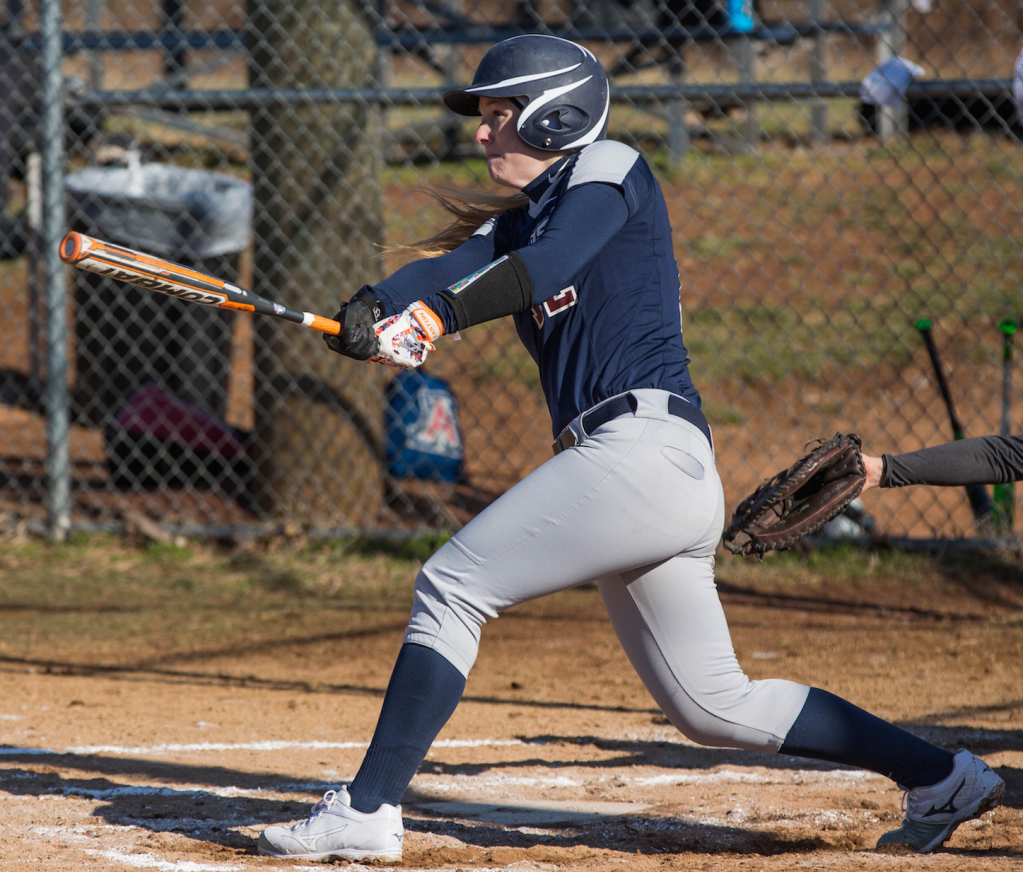 Lindsay LeSueur doesn’t really get a break during the school year, but it hasn’t mattered. The former Prince Edward County High School student-athlete has successfully balanced the demands of collegiate academics with a three-sport athletic career at the University of Valley Forge.

For her efforts, LeSueur was named a National Christian College Athletic Association (NCCAA) Division II Scholar-Athlete at the end of the 2016-17 basketball season.

She noted that those receiving this recognition have to be either a junior or a senior with at least a 3.5 grade point average, and they have to be playing a sport.

LeSueur is presently starring for the Valley Forge softball team, and Patriots Head Softball Coach Josh Simpson, also her uncle, gave some insight into what her school year is like.

“She goes from volleyball to basketball to softball,” he said. “She gets here early in the fall before the other students, and then our last softball game is the 21st of April and the following week is finals.”

LeSueur said that balancing her academic work with games, practices and training “is extremely hard.”

“There’s really no days off,” she said. “When you get a day off for sports, you’re just working in the library, basically, after classes till 11 when it closes. I just kind of have to pick my battles.”

She said her friends will want to go out to eat, and she can’t go with them because she has school work to do.

“It’s actually really hard when the sport(s) overlap,” LeSueur said. “So when I go from volleyball to basketball but volleyball’s not done yet … now I have practice in the morning for volleyball, practice at night for basketball, and I still have to get my school work done.”

When the Patriot volleyball, girls basketball and softball teams play on the road, she can be found in her free moments huddled in hallways working on homework.

The workload is intense, “but it’s rewarding, especially when you get an award like this,” she said of the NCCAA Scholar-Athlete honor. “It just tells me that I’m doing something right.”

LeSueur said what motivates her to take on this load and manage it successfully is her future degree in sports management and a desired future in graduate school.

Simpson said LeSueur being named an NCCAA Scholar-Athlete says a lot about her.

“We’ve seen the work she puts in,” he said. “So, it’s an immense pride situation. She makes good life decisions.”

She is in her second year at Valley Forge, “but I came in with a lot of credits, so I’m classified as a junior,” she said. “I’m here for at least one more year, but I’m thinking about picking up a minor so I can finish my eligibility here.”

Simpson said she is one of the team’s top athletes.

“Lindsay brings to the field the experience, the knowledge, the passion,” he said, adding that she pitches when needed but stars primarily at first base. “She does quite a job over there, and it makes our team better. You can see the difference when Lindsay’s at first and when she’s not.”