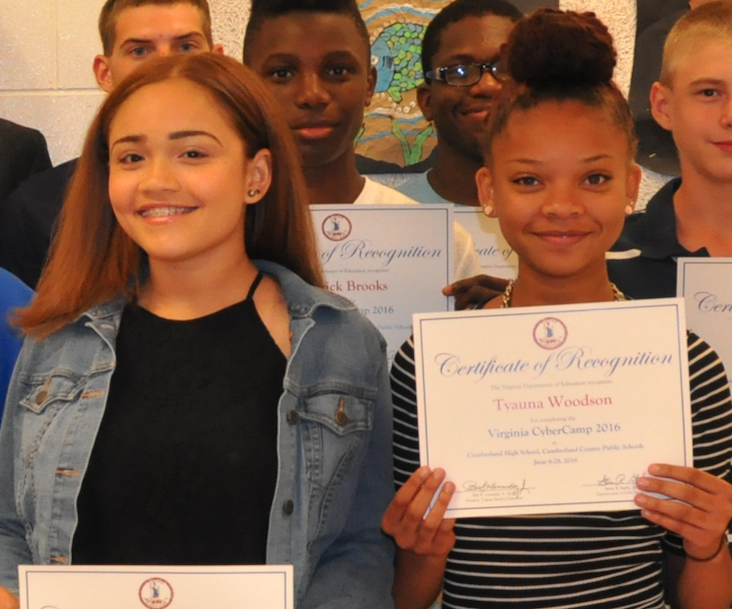 Two Cumberland County Public School students died after a vehicle they were in veered off of the Willis River bridge into swift water Wednesday morning, according to Virginia State Police (VSP).

Michaela B. Woodson, 16, and Tyauna D. Woodson, 14, were found inside of the vehicle once it was pulled from the water, police said.

VSP spokeswoman Corinne Geller said police responded to a call at 9:09 a.m. of a 2002 Mercedes Benz S-500 that had fallen into the Willis River.

“A vehicle traveling along Bonbrook Road ran off the road and into the Willis River,” Geller said. “Due to the recent heavy rains, the river is swollen, and the vehicle was quickly swept under the water.”

Geller said divers from VSP’s Search and Recovery Team “responded to the scene of the incident and located the submerged vehicle in the river shortly before 2 p.m.”

Griffin said that grief counselors were available at school Wednesday and will be available for the remainder of this week.

The submerged vehicle was found an estimated 60 yards away from the bridge, Cumberland County Sheriff Darrell Hodges said.

The incident is currently under investigation, Geller said.