“In keeping with Gov. (Terry) McAuliffe’s commitment that the Atlantic Coast and Mountain Valley pipelines (MVP) will be constructed in the most environmentally protective manner, the Department of Environmental Quality has notified ACP and MVP that in addition to utilizing the U.S. Army Corps of Engineers nationwide permit 12 for wetland and stream crossings, DEQ will be requiring individual 401 water quality certifications for each project,” DEQ officials said in a press release.

Officials said in the release the certifications “will ensure that Virginia water quality standards are maintained in all areas affected by the projects. The public will have an opportunity to review and comment on these certifications and the conditions required to protect water quality. DEQ also will hold public hearings on the draft certifications.”

Officials said once the comment period has concluded, the proposed final certifications will be brought before the State Water Control Board.

The ACP project — being led by Dominion — is a 600-mile natural gas pipeline that would begin in West Virginia, span Virginia and end in North Carolina. A 42-inch pipeline would span Buckingham County, and cross Cumberland and Prince Edward counties. The project has been hotly contested in Buckingham County.

“Throughout this process, we’ve worked with state and federal agencies to ensure the project receives a thorough environmental review with robust public participation,” said Dominion Energy spokesman Aaron Ruby in response to the Thursday announcement from DEQ. “At every stage of the project, we’ve taken tremendous care to meet the highest standards for protection of the environment and public safety. The … decision to utilize the Army Corps of Engineers’ nationwide permit 12 for wetland and stream crossings while also requiring an individual approval process for 401 certifications will provide for public review of the protective measures we’ve adopted to preserve water quality. We stand ready to work cooperatively with DEQ on an efficient review and timely process.” 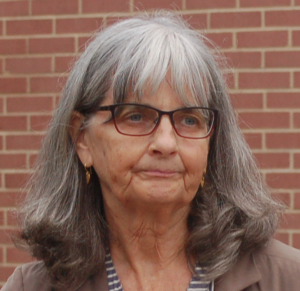 resources, and indeed the governor has repeatedly said that the state has no authority where interstate gas pipelines are concerned,” said Friends of Buckingham Co-chair Chad Oba.

“In fact, the state does have the authority provided by the Clean Water Act … to veto a FERC-approved project by denying a Water Quality Certificate (WQS). In issuing a WQS, the state would be certifying the project will not violate water quality standards. It can’t do this unless it reviews the detailed construction, erosion and sediment control and storm water management plans, which the public has thus far not seen.”

According to Oba, “of great concern for us here in Buckingham is the ACP gas pipeline sited to run under the James River, as well as the numerous smaller waterways that could be irreparably damaged, poisoning our water supplies and killing wildlife.”

“It now seems that the DEQ will require the site-specific plans needed to make informed decisions about the ACP and issuance of a WQS,” Oba said. “We will review those plans. Anytime our regulatory agencies are doing their job it benefits the public, and in this case, the resources that we all need to live.”

She called DEQ’s announcement “a step in the right direction.”

In January, county supervisors approved a special use permit for a hotly-contested 53,783-horsepower station, slated to be constructed between Shelton Store and Union Hill Roads on Route 56.

The compressor station — which would help push gas along the pipeline — was approved with 41 conditions, including horsepower limits, emergency response, air quality studies and emissions tests, installation of fire breaks, a backup emergency communications system, compliance with the permit, staffing and use of silencers and noise. The staffing condition included one staff member to be on site 24/7 for the first year.

In late December, Federal Energy Regulatory Commission (FERC), which has regulatory approval of the project, released its draft environmental impact statement (EIS) regarding the proposed pipeline, concluding the project’s impact would be “less than significant.” The final EIS will be available in June.

Following a March public hearing, the Buckingham County Planning Commission voted 7-0-1 to recommend the county’s board of supervisors approve a special use permit that would allow Dominion Energy to erect a communications tower on the premises of the proposed compressor station.

Weeks ago, the Blue Ridge Environmental Defense League (BREDL), its Concern for the New Generation (CNG) chapter and several Buckingham County residents have filed a civil lawsuit against county officials “seeking judicial review of the decision and action by the” board of supervisors in granting a special use permit for a (the) compressor station.

The BREDL suit comes after farmer Carlos Arostegui, who owns Whispering Creek Farm, a 184-acre dairy and cattle farm along the route of the proposed pipeline, which lies about 2,175 feet from the site of the proposed compressor station, filed suit in early February, claiming the issuance of a special use permit for the station violated the county’s Zoning Ordinance and the permit was “unreasonable, arbitrary, capricious, and not fairly debatable.”