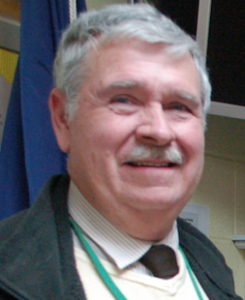 After 37 years of working with Buckingham County Public Schools, Director of Facilities Ivan “Chip” Davis has announced he’ll retire at the end of the school year.

Davis said he was hired at the division in 1980, having previously worked for Caroline County and Cumberland County.

Eight years ago, Davis said he was hired as the director of facilities, the position that he currently holds.

“I’ve enjoyed everything that I have done,” said Davis, who graduated from Buckingham County High School. “They gave me a lot of opportunities over the years.”

Davis said he will miss getting to work with people after he retires.

“It’s the people. Everybody’s just been great to work with,” said Davis. “I work with administration primarily now, and I miss the kids back when I was working with them. I’ll miss the daily interaction and being a community helper.”

As the director of facilities, Davis oversaw the renovation of the Carter G. Woodson Education Complex and the construction of the transportation and maintenance building.

Davis, 64, said he looks forward to being able to spend time with his family, travel, work on his family farm with his son and focus on his hobbies.

Davis said while he was looking forward to retirement, he’s never known not going to school.

“Going to school is the only thing I’ve known my whole life. I started off in first grade and I’ve gone to school about every day ever since,” said Davis. “I went to Virginia Tech and got my Master’s Degree at Longwood (College).”

Davis offered his thanks to the school division for their confidence in him and the opportunities offered him. He offered thanks to his wife, Deborah, for always supporting him.