MORGAN WHITE | HERALD CML Logistics, which expects to bring up to 15 new jobs to Prince Edward, will be located in the former Carbone building on Industrial Park Road.

CML Logistics is set to bring up to 15 new jobs to Prince Edward County.

The Wednesday morning announcement came from Lockett District Supervisor and Board of Supervisors’ Chairman Robert M. “Bobby” Jones, who said the jobs will be brought by way of a post-industrial plastic scrap recovery company, which is investing to establish an operation in the county.

According to a county press release, CML Logistics focuses on buying, selling and toll grinding plastic scrap for reuse or sale in the secondary trading markets. 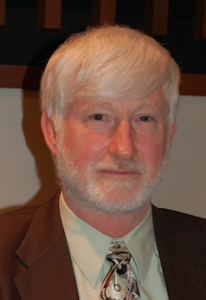 “We’ll have a ribbon cutting within probably the next two to three weeks,” said County Administrator Wade Bartlett. “(CML Logistics Owner Chris) Ovide said he’s setting up his equipment right now in the building, and once he gets all of his equipment up, the materials will start being delivered and then they will start recycling — reusing the parts that he can,” Bartlett said.

Ovide said he’s been overwhelmed with the support he’s received from the board and the county’s industrial development authority.

“I fell in love with the charming town of Farmville on my first visit over two years ago and have been working, first with Sharon Carney and then Wade Bartlett and the board of supervisors and the members of the industrial development authority to make this project a reality,” Ovide said in the press release. “Their support, encouragement, introductions to members of the community and their enthusiasm for this project reassures me that I have made the right choice coming to Virginia.”

“At the beginning, you know starting out, he’s only going to have 10 or so employees and go up to 15 and it will grow from there,” Bartlett said. “Of course every job counts officially to the citizen who has the job, so that’s going to be a boon to county with the jobs.”

He said the company isn’t partaking in a very large investment compared to other economic development prospects.

“What we’re hoping for is significant expansion from this down the road,” Bartlett said.

The release stated the company will be located in the former Carbone building on Industrial Park Road.

“In the past you had, in the industrial park where this building is, at one time I got some information a while back … there was 1,600 people out in that area by three businesses. As they shut down, you lost a big number of jobs,” Jones said. “Fifteen jobs isn’t as big of an impact, but then again, and I surely hope this wouldn’t happen, but if you lose the 15 it’s not as big of an impact either. You don’t have the risk of, it was just one business and it was 100 people and it closes, you lose the whole 100,” Jones said. “At least with this, there’s some diversity that you wouldn’t see the impact of losing that many jobs at one time.”

Farmville District 701 Supervisor Jim Wilck said Ovide had experience working under someone else in that industry, noting he feels that the future is “sky high.”

“He’s using up some space that’s been vacant for some time, so (it) looks like everything is positive from that standpoint,” Wilck said.

“(CML) specializes in creating and implementing recovery systems for clients while, at the same time, developing a fully comprehensive, zero-waste recovery plan,” county officials said in the release.