A 23-year-old Burkeville man was indicted by a Buckingham County Grand Jury on Tuesday in connection with a crash that resulted in the death of 19-year-old Shelly Warner.

Torrey Jamel Branch was indicted in Buckingham Circuit Court on eight charges, according to the Buckingham Circuit Court Clerk’s Office and the Virginia Courts Case Information website. The charges include involuntary DUI manslaughter; reckless driving, endangering life, limb or property; possession of marijuana; failure to drive on right side of the road; driving with a revoked license; third or subsequent DUI; and DUI, reckless driving, victim permanently injured. 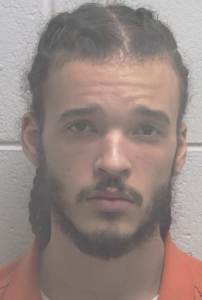 Branch has a court date set for Friday at 10:30 a.m. regarding appointment of counsel.

According to Buckingham Commonwealth’s Attorney E.M. Wright Jr., the charges against Torrey J. Branch were not prosecuted in general district court  for “strategic reasons … No charges are going away,” he said. “He will be indicted Tuesday,” Wright said in an email Sunday evening.

The accident the charges stem from occurred Nov. 26 less than one mile south of Route 630, Red Road, in Buckingham.

According to Geller, Branch was driving a 2008 Chevrolet Impala that struck the vehicle in which Jessy Warner, his wife Shelly and their 9-month-old son, Timothy, were traveling in.

Jessy received serious injuries from the crash, while Timothy received only minor injuries.

“A 2008 Chevrolet Impala was traveling north on Route 15 when it crossed the centerline into the southbound lane and struck head-on a 2000 Buick LeSabre,” Geller said in an earlier release.

After the crash, Branch was transported to U.Va. Hospital in Charlottesville for treatment of serious, but non-life threatening injuries.