As director, Booker provides support for people in the community who have been victims or witnesses to crime.

In particular, she offers resources for people navigating the judicial system. 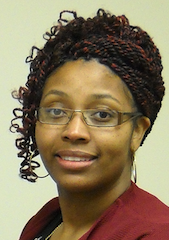 “In the past, people in the criminal justice (system) have basically felt invisible, and have felt alone,” Booker said. “I want to promote unity, in addition to advising all crime victims and witnesses of their rights.”

The program will have several booths available at the Patriot Day event on Saturday. Booths from the commonwealth attorney’s office and the sheriff’s office will offer fingerprinting, safety lock instructions for guns and domestic violence brochures.

Booker said the Patriot Day participation will be part of Cumberland County’s observation of National Crime Victims’ Rights Week, which brings awareness of resources to empower individuals in the judicial system. She noted that the resources will not be solely for people in Cumberland County, but can be vital for people for anyone in surrounding counties.

Booker said having a platform in her hometown to help give victims peace of mind has been a rewarding experience.

“When I was offered the job, I was ecstatic,” Booker said in a press release. “This gave me the opportunity to do what I do best — serve the public directly, but most importantly, serve the community that I call home and that provided me my foundation.”

Booker has a bachelor’s degree in criminal justice and an associate degree in mortuary science.

In the release, Booker said she aims to bring awareness of rights to people affected by crime, and to offer support under often difficult circumstances.

“My objective is to advise victims and witnesses of their rights, the availability of resources and the comfort of knowing they are not alone,” Booker said.

Hodges said Booker, a lifelong resident of Cumberland, has been a wonderful fit for the department, and has the specialized skills and approach to bring awareness to the community about these resources.

“It’s a great benefit of the residents of the community and victims everywhere to get some extra services,” Hodges said. “A lot of times it’s a real bad time and they need help and don’t know where else to turn. It’s great to have this to be able to offer to citizens now.”

The Victim-Witness Assistance Program initially began in August 1997, a joint effort by Powhatan and Cumberland.