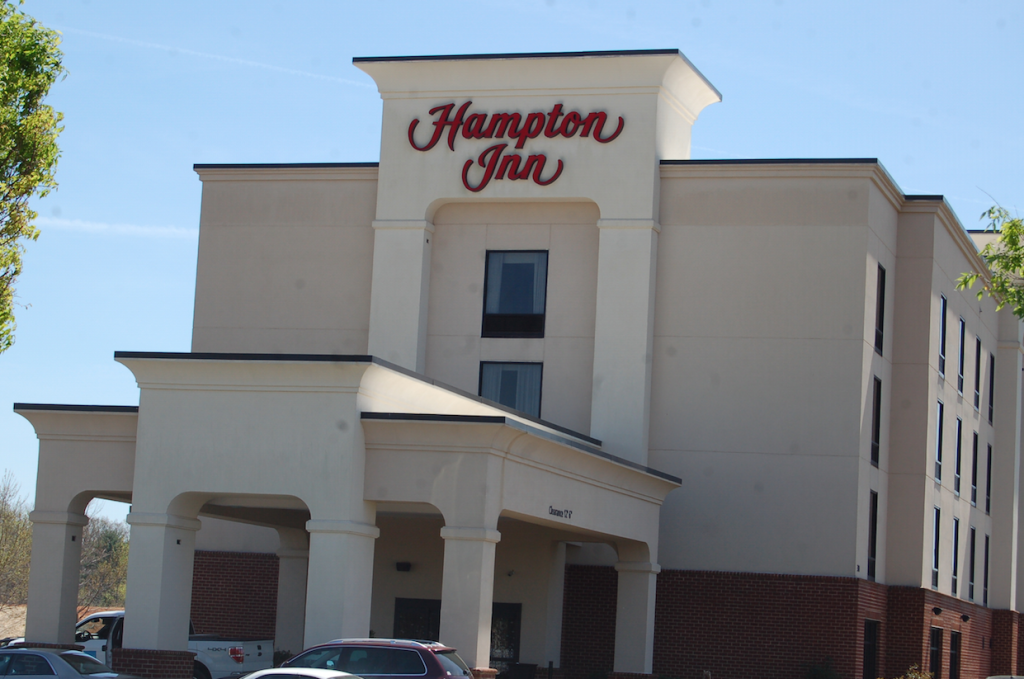 Q: Why did Hampton Inn remove the Bibles from its rooms?

Farmville’s Hampton Inn — along with other Hilton-owned hotels through the U.S. — has ended a long-held tradition of having Bibles in its rooms for guests.

Though not in the rooms anymore, Farrar said the hotel still has Bibles available behind the front desk for guests interested in reading them.

“It’s not just this Hampton Inn — it’s all the hotels. It’s a Hilton thing that I think it had something to do with going green,” Farrar said.

He said they’d keep Bibles available anytime at the hotel’s front desk, noting it seems that most people have Bibles on their mobile devices.

“A lot of the times people would write in (the Bibles) and do things to them,” Farrar said.

He said the change was made within the last year.

Gideon’s International member Jason Meeks, who clarified he was speaking on his own behalf and not for the local Gideon’s organization, said he was disappointed in the change regarding the Bibles.

The Gideon’s International is known for sponsoring and placing Bibles in hotel rooms and other public places.

Meeks said through work with the Gideon’s, members have had people tell them at distributions when they were going through a hard time in a hotel room, finding a Bible changed their life.

“This isn’t one or two stories,” Meeks said. “We hear those stories all of the time. When people are depressed or they’re going through things … a lot of times when they’re getting ready to do something really drastic in their life, they will go check into a hotel.”

Meeks cited statistics that show people often will check into hotels when they’re contemplating drug use or suicide.