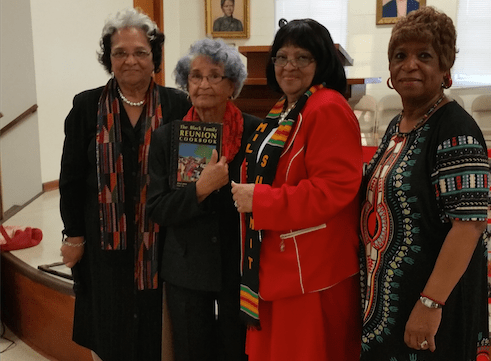 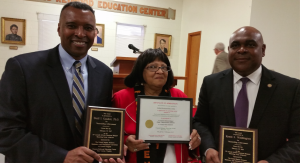 “Gooden graduated from Buckingham County High School in 1982. His educational background includes a (bachelor’s) degree in political science from Virginia Tech, a master of social work from Syracuse University, a master of public health and Ph. D. from the University of North Carolina at Chapel Hill. Appointed by former President Barrack Obama, Dr. Gooden has served as the state director for the U.S. Department of Agriculture (USDA) Rural Development in Virginia, also (as) chief deputy director of the Virginia Department of Housing and Community Development (DHCD), as well as coordinator of outreach and community relations at Virginia Tech. He has been an active board member of several statewide organizations and previously served as an advisor on the Buckingham/Cumberland County Farm Service Agency County Committee. In 2016, Gov. Terrence McAuliffe appointed Dr. Gooden to serve as the third secretary of agriculture and forestry for the commonwealth of Virginia. Basil is married to Dr. Susan Gooden. They have a daughter, who is attending graduate school at Johns Hopkins University.”

According to the release, “Ryant L. Washington graduated from Buckingham County High School in 1986. His educational and training background consists of a diploma in business administration from National Business College and he is also a graduate of Executive Management Training at the National Sheriff’s Institute,” event organizers said. “Ryant has served in law enforcement since 1990. He is the former sheriff and deputy sheriff of Fluvanna County. He also served as a Virginia State Trooper. Ryant is the past president of the Virginia Sheriff’s Association, past member on the board of directors for the National Sheriff’s Association and former commissioner on the National Commission of Forensic Science. He has served in a variety of leadership positions on local and statewide boards, committees and commissions. In May of 2014, Ryant was appointed by Gov. Terrence McAuliffe to serve as a special policy advisor for law enforcement to the Department of Alcoholic Beverage Control Board. He also was the 2017 Democratic candidate for the Virginia State Senate. Ryant is married to Camilla Washington. They have twin sons: one who attends Piedmont Virginia Community College and one who attends Old Dominion University.”

Deacon Charles W. White presented plaques to both honorees for their outstanding accomplishments. A trivia game about the honorees followed the presentations. The winners received pictures of the honorees.

“Mrs. Christine Miller-Toney, a 1964 graduate of Carter G. Woodson High School, presented the banquet program on Dr. Dorothy Height, past president of the National Council of Negro Women,” organizers said. “As a special assistant, Mrs. Miller-Toney began her awesome experience in 1981. Mrs. Miller-Toney was privileged to travel to several countries, meeting several United States presidents, including former President Obama and a large number of other dignitaries worldwide. Door prizes consisted of the Dorothy Height commemorative stamp, the 40th Stamp in the Black Heritage Series and a copy of her biography.”

“All veterans and current military men and women were recognized for their service to our nation and they were pinned with an American flag lapel pin.”

Dressed in their African-American attire or the colors black, red, green and gold, organizers said approximately 140 people in attendance enjoyed a spiritual evening of love, appreciation, gratitude and support of the great achievers.

“A special expression of gratitude is given to all who participated in or contributed to the success of the program.”