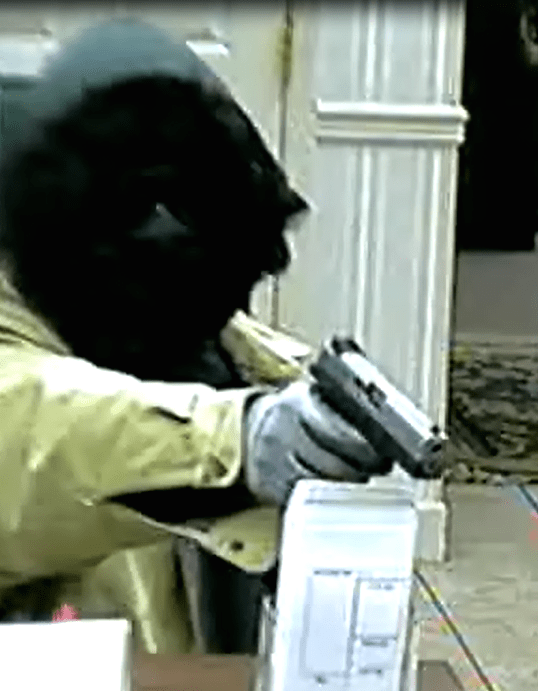 Farmville police are searching for a suspect in connection with an armed robbery that occurred around 10:18 a.m. Wednesday at the Citizens Bank & Trust.

The Farmville Police Department is seeking information from those who may have seen a bluish-gray 2016 Nissan Sentra in the area of South Main Street or Milnwood Road on Wednesday that’s suspected to be in connection with an armed robbery that occurred around 10:18 a.m. on the same day at Citizens Bank & Trust.

Police are also searching for a male suspect in connection with the incident, standing approximately 5 feet, 8 inches tall with black, curly hair.

Police said the man was possibly wearing a wig and dark sunglasses during the incident.

“The initial description of the suspect given to police by witnesses at the scene was that of a medium- to light-skinned black male, but police cannot confirm the race of the suspect,” police said in a second press release regarding the incident, where no one was injured.

According to police, the suspect was also wearing gray gloves, a tan flannel-lined long-sleeved shirt over a dark sweatshirt and blue jeans. 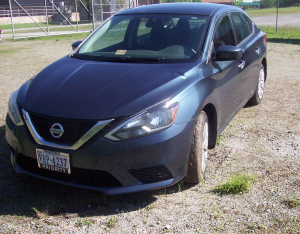 Farmville police are seeking tips from those who may have seen this vehicle Wednesday morning. It was stolen in the City of Richmond Tuesday and is suspected to have been in connection to an armed robbery at Citizens Bank & Trust.

“A witness stated that the suspect was last seen walking towards a gray 4-door sedan, but it was unknown if the individual actually got into the vehicle,” police said. “Police later discovered a blue 2016 Nissan Sentra abandoned at the dead end of Woodland Court, approximately one mile from the bank.”

According to police, the vehicle was reported stolen from the City of Richmond and depending upon the lighting conditions, could have appeared to be blue, gray or even green.

About six Farmville Police cars were on the scene Wednesday immediately following the armed robbery. Police taped off both entrances to the bank parking lot as well as a majority of the property. State Police arrived on scene around 11:15 a.m.

Police didn’t say how much money was taken during the armed robbery.

Anyone with information regarding the incident should contact the Farmville Police Department at (434) 392-3332.