The bumpy road to accreditation

Editor’s note: This week, we examine school accreditation rankings in Buckingham, particularly looking at the county’s elementary school, which has struggled in English for four years, resulting in the school being termed a priority school. 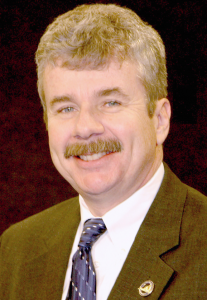 Virginia’s Standards of Learning (SOL) were established in the 1990s as a way to determine if a school is meeting the minimum standards of quality set by the state’s department of education.

Schools across the Heart of Virginia have often struggled to maintain full accreditation based on standards set by the department — which have changed almost every year.

One division that’s seen the ebb and flow of student test scores, which accreditation rankings are based on, is Buckingham County.

The county’s elementary and primary schools have struggled with accreditation since they were consolidated from other smaller primary and elementary schools in 2013. The two schools, along with the county’s middle school, currently lack full accreditation status by the standards set by the Virginia Department of Education (VDOE). Only the high school is deemed fully accredited.

Since then, both the elementary and primary schools have been termed priority schools, meaning they’re in the lowest-performing five percent of Title I schools in the state. Such schools must engage a state-approved turnaround partner to help design and implement school-reform models that meet state and federal requirements.

VDOE spokesman Dr. Charles Pyle explained a school’s accreditation is determined by the pass rate of students on SOL benchmark tests in the core classes of 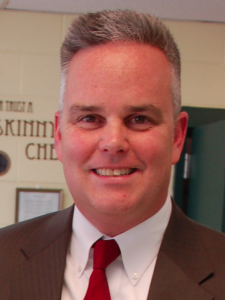 According to the VDOE website, each public school in Virginia must meet or exceed an SOL pass rate of 75 percent in English, 70 percent in mathematics, 70 percent in science and 70 percent in history in order to earn a fully accredited ranking.

If a school does not meet the required pass rates to receive full accreditation, they may be eligible for a variety of partial accreditation statuses, according to the VDOE.

A school can obtain a status of “Partially Accredited: Approaching Benchmark Pass Rate” if it is not fully accredited but is within a two-point narrow margin of the SOL pass rates required for full accreditation in one or more subject areas.

If a school receives a status of “Partially Accredited: Improving School-Pass Rate,” it does not qualify for “Approaching Benchmark: Pass Rate” but is making progress toward full accreditation or is raising the achievement of low-performing students.

A school that is not within the narrow margin of or making acceptable progress toward achieving the SOL pass rates required for full accreditation is given a status of “Partially Accredited: Warned School-Pass Rate.” Buckingham’s middle school currently has such status.

Buckingham County Elementary School has failed to meet the standards required for the English/reading SOL for the past four years, but has met or exceeded the SOL standards in all other subjects in the last two years. The school has also made significant improvements in math.

“Accreditation ratings also reflect adjustments made for schools that successfully remediate students who initially fail reading or mathematics tests,” Pyle said. “Adjustments also may be made for students

This chart shows the SOL pass rates for Buckingham Middle School. The middle school has failed to meet the English SOL standards for the last four years. They have, however, met or exceeded the pass rate for SOLs in all other subjects.

with limited English proficiency and for students who have recently transferred into a Virginia public school. All of these factors are taken into account in calculating pass rates in each subject area.”

During the last four years, the elementary and middle schools have fallen short on the pass standards for the English SOL tests. According to Snead, the school has been struggling in English after the recent changes in the subject’s SOL standards, which occurred three to four years ago.

“The test changed in reading … It’s almost a disservice calling it a reading test. Our students can read. When the test changed, it really tested students’ skills with higher-order thinking on a spectrum called Bloom’s Taxonomy,” Snead said. “They were no longer just asking questions of knowledge or recall, but they had to also integrate and understand synthesis analysis, etcetera. It’s become a much more in-depth test.”

Despite the English scores being below the minimum standard, Snead said both schools have met or exceeded the pass rates for every other subject in the last two years.

Pyle said the standards set for schools to acquire accredited status have no effect on the funding of the schools or payment for teachers.

Schools that do not reach accredited status are instead provided help from the VDOE in order to succeed. If a school struggles to meet accreditation, the VDOE works with the school to come up with a corrective action plan.

“It’s a supportive model. The state is being supportive,” Snead said of the plan. “It’s supportive of those types of resources rather than financial support. They give their time and their expertise, and we work together to see where we need to go.”

One part of the corrective action plan for the primary and elementary schools includes working with Longwood University.

Snead said the division is working with the university to help improve data analysis in what’s referred to as a state-determined model. Longwood provides the schools with coaching to the administrators at both schools.

In addition, Buckingham County has added reading interventions to its schools to help students improve their reading and comprehension skills.

Dr. James Anderson, who served as division superintendent of Prince Edward County Public Schools, leading the schools to full accreditation during his tenure, stressed the importance of following the state’s guidelines.

“Prince Edward had the lowest test scores of any school division in the state of Virginia. The high school scores were in the single-digit percentile in the standardized tests at the time and none of the schools were accredited,” Anderson said. “The first thing I set out to do was to get the high school accredited. We met the accreditation. You just have to go by their guidelines of what they have for an accredited school.”

Dr. David Locascio, an associate professor and associate dean of the College of Education and Human Services at Longwood University, said the intention of the SOL was never to limit how and what teachers taught, but rather to set a minimum requirement.

“(The standards) were meant to be a baseline, a platform on which the curriculum would be built so there would be points of consistency … but it was never intended to be the entirety of the scope of the curriculum,” Locascio said. “A curriculum should be dictated first and foremost by the students in the class.”

Locascio said he sees from a majority of students who come from Virginia’s public schools to the upper-level education programs possessing a mindset of there being a specific right answer in response to a question — or declarative knowledge.

“There is a value in advancing tentative view and formulating that view toward something a little firmer through the course of a discussion and really moving through the dynamic of learning in the context of the classroom, as opposed to just regurgitating a factoid the teacher expects someone to have memorized,” Locascio said. “What I’ve noticed … is there are a fairly high percentage of students who are not comfortable with anything outside the realm of that declarative knowledge sort of learning dynamic.”

Locascio said he believes the pendulum is already starting to swing back in the direction of tentative thinking.

“I think 90 percent of the solution to that problem is better teachers,” Locascio said. “As I work with student-teacher candidates, that’s one of the primary things I want to instill — the importance of moving students into frames of thought beyond memorization.”

Snead says his students and teachers seek to continue to improve on test scores and ways of teaching and believes the primary, elementary and middle schools will soon be back to meeting full accreditation standards.

“I’m really proud of my staff, and I’m proud of my kids,” Snead said. “This is a journey that has brought us all closer together to work for the same end. The accreditation-denied label sounds harsh, but if you go into my classroom … there’s a lot of good instruction. It’s a good story, it really is a good story.”