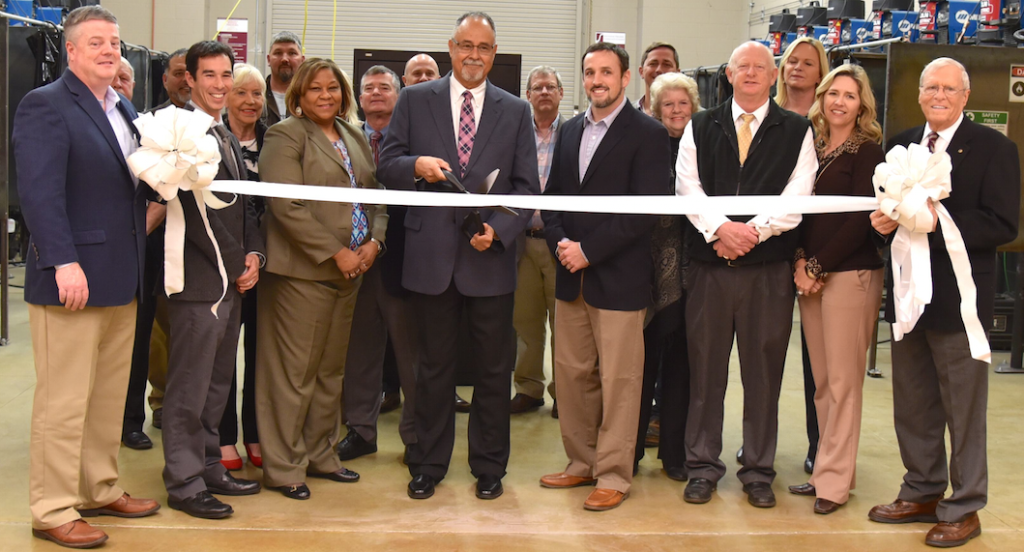 “Welding impacts virtually every industry and students using this new lab will have the opportunity to pursue high paying welding careers in a wide range of areas,” SVCC officials said in a news release. “According to the U.S. Bureau of Labor Statistics (BLS), welding is a solid career in addition to a growing field. The BLS estimates there will be a need for 14,400 more welders by the year 2024.”

According to the release, the lab contains 14 welding booths with separate ventilation systems and “represents an impressive public/private partnership.”

“Fluor is a Fortune 500 company headquartered in Irving, Texas, that came to Southside Virginia to build two colossal power stations for Dominion Virginia Power; their presence has made a huge impact on the area as well. The global company designs, builds and maintains the world’s toughest projects; and, fortunately, actually involves itself with the communities in the regions where they work.”

“Southside Virginia Community College is the recipient of the benevolent nature of Fluor for spearheading the funding of this state-of-the art welding lab,” said SVCC President Dr. Al Roberts. “The presence of the company in the area increases welding jobs and encourages workers to learn new skills for better compensation.”

“When Fluor comes into a community, they like to leave it better off than it was when they arrived. This permanent welding facility is evidence of their commitment to enhancing Greensville, Emporia and Southside Virginia,” officials said in the release.

“Other partners in the creation of the lab are Virginia Tobacco Commission, Dominion Virginia Power, Greensville County and American Equipment Company (Ameco).”