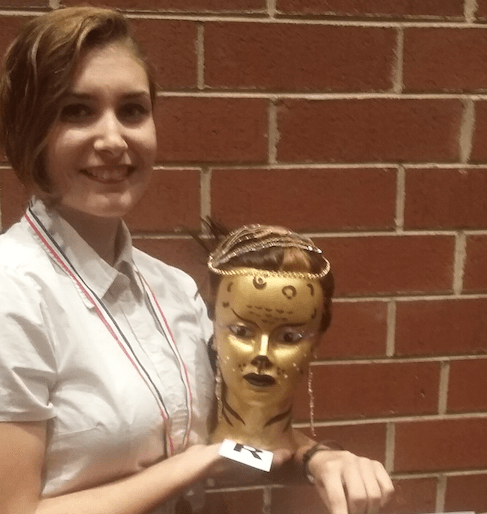 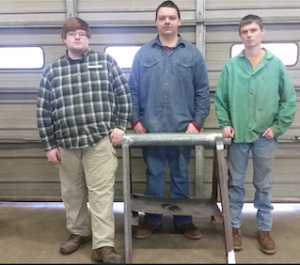 Several students placed in the competitions and will head to the next levels in the months to come as the challenges become tougher.

“I am extremely proud,” cosmetology instructor Felicia Harris said of her students. “This is the first year we ever went to the district competition. To be able to compete on a district level and then have one of my students move on to the state level … I’m very proud of them.”

Woodson and Glover — the artist and model, respectively — took third place in the nails category of the competition. For the nails category, competitors had to apply acrylic to three fingers and nail tips with acrylics on top to the other fingers. The artist then had to create a fantasy design on the models’ nails.

Glover and Whorley competed in the fantasy makeup category. Glover had to do a facial on Whorley, then apply fantasy, out-of-the-ordinary makeup. Glover and 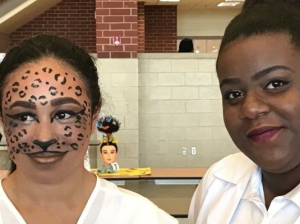 Rachel Pugh competed and took first place in the fantasy mannequin category. Pugh had to come up with a theme, design a backdrop and style the mannequin’s hair and apply makeup. Pugh came up with a jungle animals theme and used a cheetah and a peacock as design inspiration, Harris said. Pugh will move to the state competition April 28-29 in Fredericksburg.

Trey Litchford and Chandler Sexton came in third and seventh place, respectively, in the competition, Smith said. Each competitor was given a set of plans to follow and was given four hours to create a miniature three-sided house. The competitors had to build one full wall with a rough door opening, one full wall with a window opening, a third half wall and two rows of rafters. The students also had to cut a stair stringer out of plywood.

“I’m really excited; Chandler’s an eleventh- grader and Trey is a tenth-grader, so I’m going to have them again next year,” Smith said. “It was a good experience for them. They were going up against guys who go to a trade school all day and are graduating, so (Trey and Chandler) will be the most experienced guys at the competition next year.”

During the week of Feb. 13, Welding II and III students from the school competed in the SkillsUSA District 2 competitions. The competitions, which consisted of welding fabrication, welding and welding sculpture, were held at Buckingham’s CTE Center, Richmond Technical Center and Goochland High School, respectively.

“It really shows you what they can do when they’re given the opportunity to succeed,” welding instructor Andrew Schmitt said. “It’s all about making these kids successful so they can go fill the void that’s created right now because of the lack of welders in the country.”

Costello, Call, Johnson, Wood, Fitzgerald and Bowles will move on to compete in the 53rd Annual SkillsUSA Virginia Leadership Conference and Championships April 28-29 in Fredericksburg, according to the CTE website.