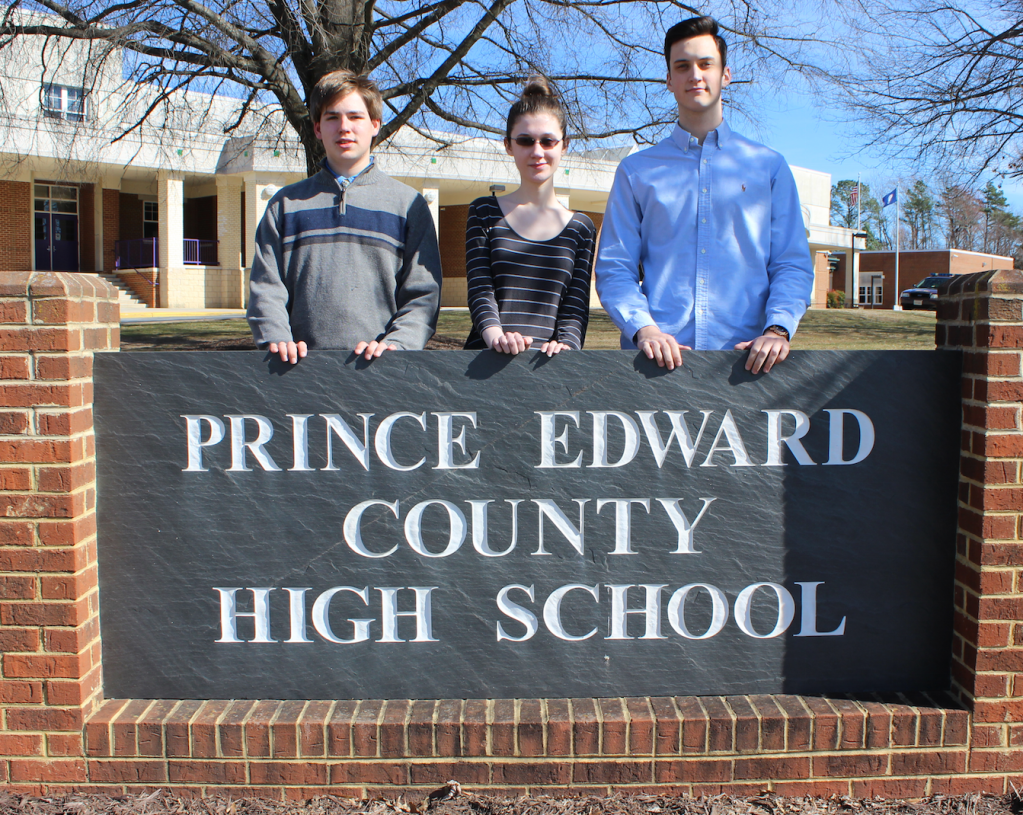 According to a press release, the high school’s AP program is supported by The College Board, a non-profit organization. “Each year, The College Board assists millions of students in their preparation for the transition from high school to college … The AP program is generally considered to give the kind of rigorous exposure to college level class work that has a meaningful impact on a student’s future performance in college. Prince Edward County High School offers students the opportunity to be exposed to these types of classes. Prince Edward County High School offers numerous AP classes including biology, calculus, chemistry, English, literature, history and statistics. Over the past three years, 36 different students have taken a total of 100 AP exams at Prince Edward County High School,” officials said in the release.

“In recognition of the rigorous nature of AP classes and exams and students’ willingness to participate in these challenging classes, the AP Program gives recognition to those students that have achieved at a high level by giving AP Scholar Awards. These awards are not of a monetary nature, but instead are an acknowledgment that a student has demonstrated outstanding college-level success through AP courses and exams,” officials said.