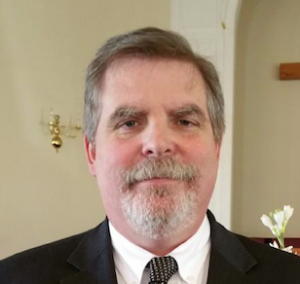 According to a press release, Schwerdfeger grew up in the Richmond area and entered into the U.S. Navy after high school. “He retired with 20 successful years in 2007 and began work as a compliance officer for the Virginia Department of Agriculture. During this time, he felt called by God to become a pastor,” church officials said in the release.

Schwerdtfeger was awarded his bachelor’s degree in religion from Liberty University in 2013 and is currently enrolled in Luther Rice College and Seminary, slated to receive his Masters of Divinity with a minor in pastoral counseling in the fall.

Schwerdtfeger and his wife, Rebecca, live in Prospect with their three children, Moira, Ian and Aiden. Rebecca is a speech pathologist with Cumberland County Public Schools.

Schwerdtfeger will be formally installed with a special service on Sunday. The public is invited to the service. Sunday school is at 10 a.m. and worship is at 11 a.m. The church is located at 143 Harris Creek Road in Prospect.