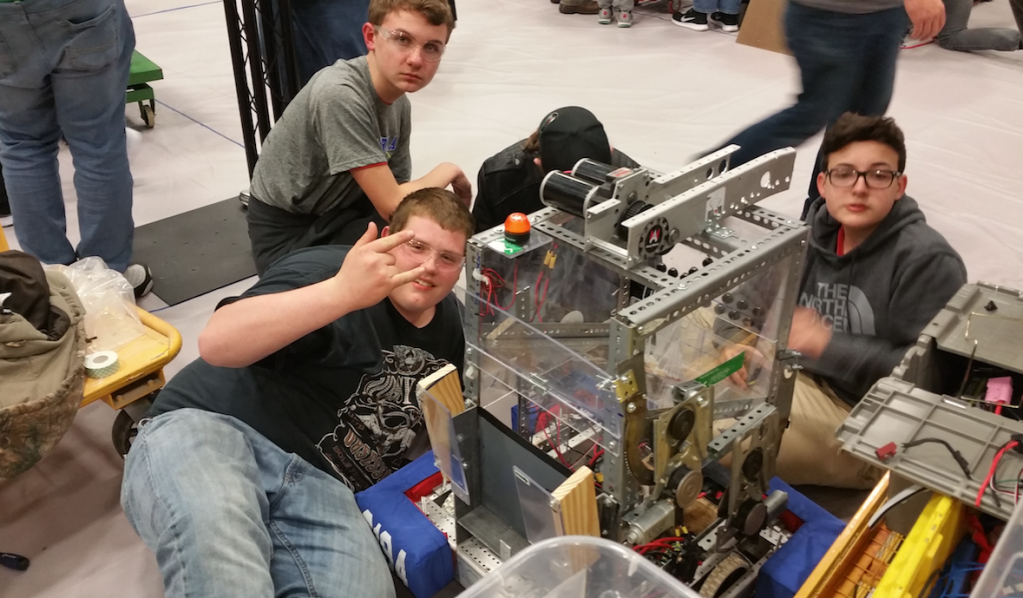 The Cumberland High School (CHS) Robotics Team will compete in Portsmouth on Saturday following its first competition of the season in Blacksburg in the beginning of March.

“(It) was a learning experience for us as we were not able to attend the kickoff for the game because of the snowstorm we had earlier this year,” said club adviser David Sullivan. “Our robot did not perform as well as we wanted, but we are very confident that the changes we are making for the upcoming event (this) weekend in Portsmouth will allow us to excel.”

Sullivan said that’s what the competition is really about.

“It forces the kids to think outside the box and come up with tons of unique problem-solving skills that students really get in most classroom settings of today,” Sullivan said.

“We did very well last year in that we won three awards,” Scales said. “We won all-star rookie in Blacksburg, all-star inspiration award in Portsmouth and we qualified for districts.”

Scales said the team ranked 52 out of 137 schools in the first year and won an All-Star Inspiration Award at the district level last year.

He said the team includes students from the middle school, who will hopefully sustain the team for years to come.

“Kids learn about construction skills as far as putting the robot together, coding, programming, innovation (and) creation,” Scales said.