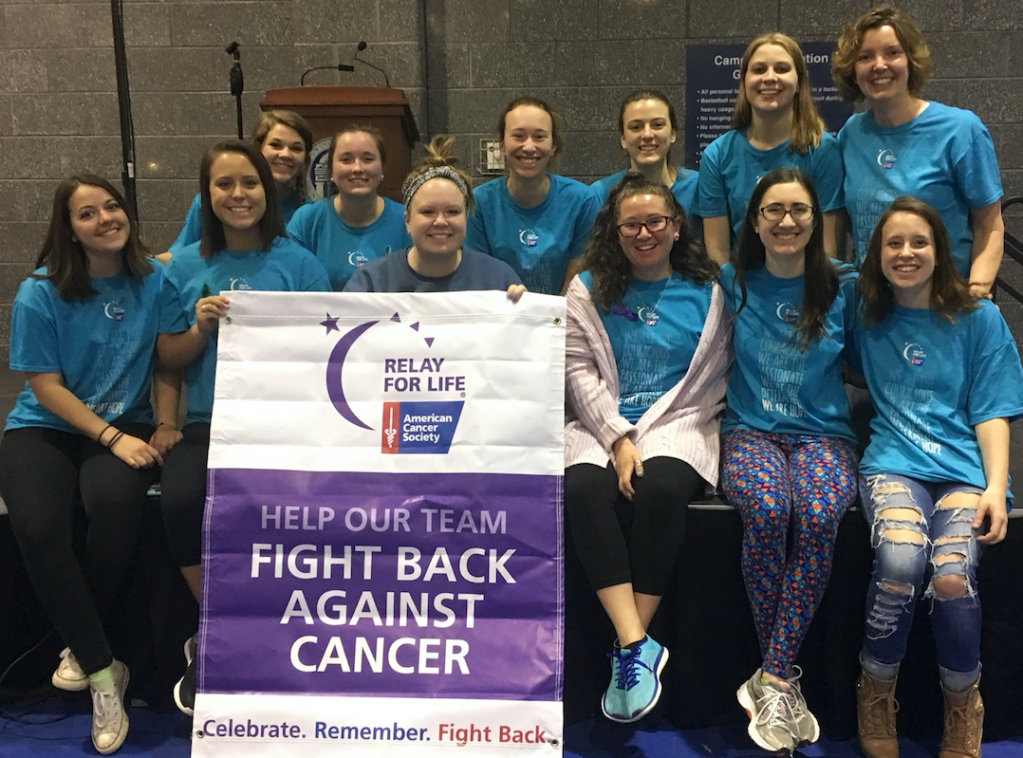 The school has been hosting a Relay for Life event every year since 2003, according to Dr. Maureen Walls-McKay, the director of counseling and psychological services at Longwood and the faculty advisor for Longwood’s Relay for Life.

Longwood’s 12-hour relay saw 58 teams and more than 900 participants. In addition to the walking and student booths, Longwood celebrated cancer survivors and honored those who’ve died from the disease.

Information about cancer prevention was also distributed, and women donated their hair to Pantene Beautiful Lengths, an effort that creates wigs for women going through chemotherapy and other forms of cancer treatment.

The event included a luminaria ceremony, honoring those who’ve died to cancer and those fighting it.

“I’m just always impressed by how the community comes together to fight cancer,” Walls-McKay said. “And I love witnessing the students that truly believe that in their lifetime a cure will be discovered for cancer.” 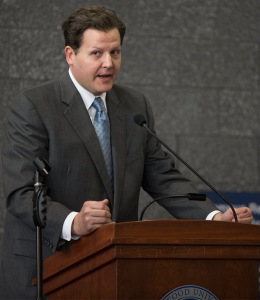 Longtime faculty member Dr. Jim Jordan, the Longwood University Board of Visitors Distinguished Professor of Anthropology, spoke during the event, marking the eighth year he’s been part of the event.

Jordan, whose cancer is now in remission, was diagnosed with prostate cancer on Sept. 2, 2009. Jordan spoke to those in attendance, offering personal reflections on what it’s like to be a part of what he calls “cancer world.”

“A lot of life became much more lively for me,” he said. “I no longer worried quite so much about ‘little things’ that used to be big things, like getting the oil changed, worrying about whether or not you should get redecorations done in the house or get a new car … None of those things seem as distressing or depressing anymore,” said Jordan. “I began to be concerned about bigger things — (such as) how much time do I have, will I be able to see my daughters get married, will I get to be able to pay off my debts that I have outstanding.”

Jordan expressed gratitude and awe in seeing so many at Longwood coming out to support Relay.

“It feels really very good because the likelihood that many of them will have to join “cancer world” along with me is reduced significantly by the amount of money (they) are able to raise when they get excited,” said Jordan.

To start off the walk, cancer survivors, including Jordan, took the first lap — the “survivor’s lap” — around the track. Jordan said though he didn’t stay for the entire event, “his thoughts and spirit remained with everyone that took every lap at Relay.” 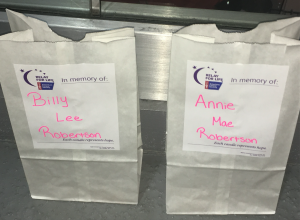 Relay’s Luminaria Ceremony included candles placed in bags lit in honor of those fighting cancer and those who’ve died from the disease.

Meghan West, vice-chair for the Relay for Life at Longwood Committee, said the event was a success.

“I got a great feeling, especially knowing our hard work went into a successful event that the students have been talking about (even this week),” West said.

“It was just great to see all of us come together for a great cause as something that’s so close to all of our hearts.”

West said the fundraising is not over. Fundraising for this Relay for Life event continues through August of this year.

Relay for Life is the signature fundraising event for the American Cancer Society and normally lasts 24 hours.

Teams and individuals raise money before the event and, during the event, teams continue to raise money by setting up booths in their “campsites” for food, goods, games and activities.