The real estate tax rate, if approved, will remain at 55 cents per $100 of assessed value — along with the personal property, machinery and tools and merchant’s capital levies, along with all others.

Dunnavant was the sole supervisor to vote against advertising the proposed budget.

A hearing for the $47.6 million budget will be held Monday, April 17, at 7 p.m. during the rescheduled regular board of supervisors meeting. Following the hearing, the board could vote to adopt the budget.

“The crux of my take on it is, I wasn’t in favor of the 5-cent hike when they did it (last year),” Dunnavant said, explaining his opposition to the budget and failed attempt at lowering the real estate tax rate. “It was going to be unobligated money. It was anticipatory money. And, with this year rolling around and that collection that came in of the 5 cents they raised it, roughly 4.5 cents came into an additional reserve fund, and the balance, the half-a-cent increase, went basically to reimburse employees, which they’re great … But, it went to reimburse the employees for the increase in health care costs, which puts them recouping money that the taxpayer’s can’t recoup.” 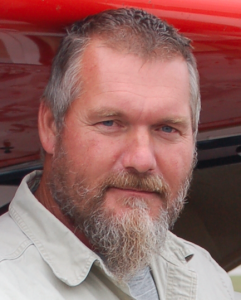 She said the county’s reserve for contingency “is where the money is put that we receive from the tax increase and any additional revenue to reserve for future uses and anticipated increased responsibilities over the next several years.”

At the start of the board’s budget work session with members of the county’s school board, the reserve’s fund balance began at $669,927, but ended up being drawn down to $540,427. During the meeting, supervisors agreed to take money from the reserve in the proposed FY 2017-18 budget for a handful of changes, including setting aside additional funds for Christian Outreach Program and Pregnancy Center in Arvonia, an additional $97,000 to cover county employees’ increased share of health insurance costs and $30,000 for the sheriff’s office to increase some staff salaries.

According to Carter’s memorandum, “This is a decrease of $36,256 from the present budget. This is the money that is available for future needs that can be used without taking the budget out of balance. I have recommended a new reserve of $150,000 for solid waste site development/repairs.” 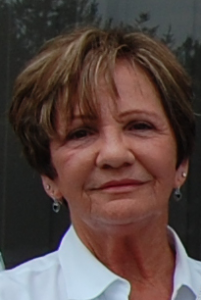 According to Carter, the requested 2017-18 school operating budget is based on an average daily membership (ADM) of 1,900 students. “This is the same ADM as used in the present budget,” Carter said.

“The school budget does not request any additional local money,” Carter said in the memorandum.

According to Carter, the school is facing $176,269 less in federal money for the upcoming fiscal year, while revenue from the state is $45,397 more than the current fiscal year budget. She added local school receipted money and local reserved funding are also less.

“Their operational local money is the same,” Carter said during an interview regarding the school budget.

School operations, according to the advertised budget, total $24.3 million.

“The requested school total local request is $50,333 less due to the school software and school (special education) vehicles reserves,” Carter said in her memorandum to supervisors.

“The requested school budget demonstrates a total operational decrease of $249,197 and a cafeteria increase of $71,440 resulting in a total expenditure budget reduction of $177,757.”

“As we go through this budget, (we) see the challenges we are facing with a 19-percent increase in health (insurance),” Carter said in her memorandum, citing an additional $81,470 in local money with employees potentially paying “anywhere from $300 to $2,344 more a year.”

According to Carter, the budget has a fixed charge of $90,000 reserved to allow the pay raises. “Included in this $90,000 is $41,154 that is being reimbursed by the state,” Carter said. “So the actual local money is $48,846. This is a $33,154 reduction in local money from the present year. This does not include Social Services; that is included in their budget. The employees are realizing a 19-percent health insurance increase. The present year, we had a 6.7 percent, so this is a 25.7 percent increase over a period of two years,” she said in her memorandum.

Also included in the budget, Carter has set aside about $8,000 for the board’s personnel committee “for possible incentive or merit increases for several employees that go above and beyond their initial duties and have a constant exceptional job performance.”

Under the proposal, over a four-year period — after all four departments have received the proposed $200,000, the county would have spent an additional $800,000 on the departments.

“Matthews has said he’s got more questions and wants more answers. However, there is a reserve for contingency of $500,000-some as well. So, we would not have to have another hearing if the board chose to give them some more money.”

Regarding the new reserve for solid waste, Carter explained “that money is there because the board has talked through the year about a new Bates’ (Market Solid Waste) Site (on U.S. Route 15). So, it’s not in there as a budgeted item, but it’s a reserve in the event they do want to do it,” Carter said.

“But all of those values are currently unknown. My take on things is I would rather have the money in the hands of the taxpayers, letting them take care of their day-to-day items with it or invest it. I think they’re a better steward of their money than we are.”