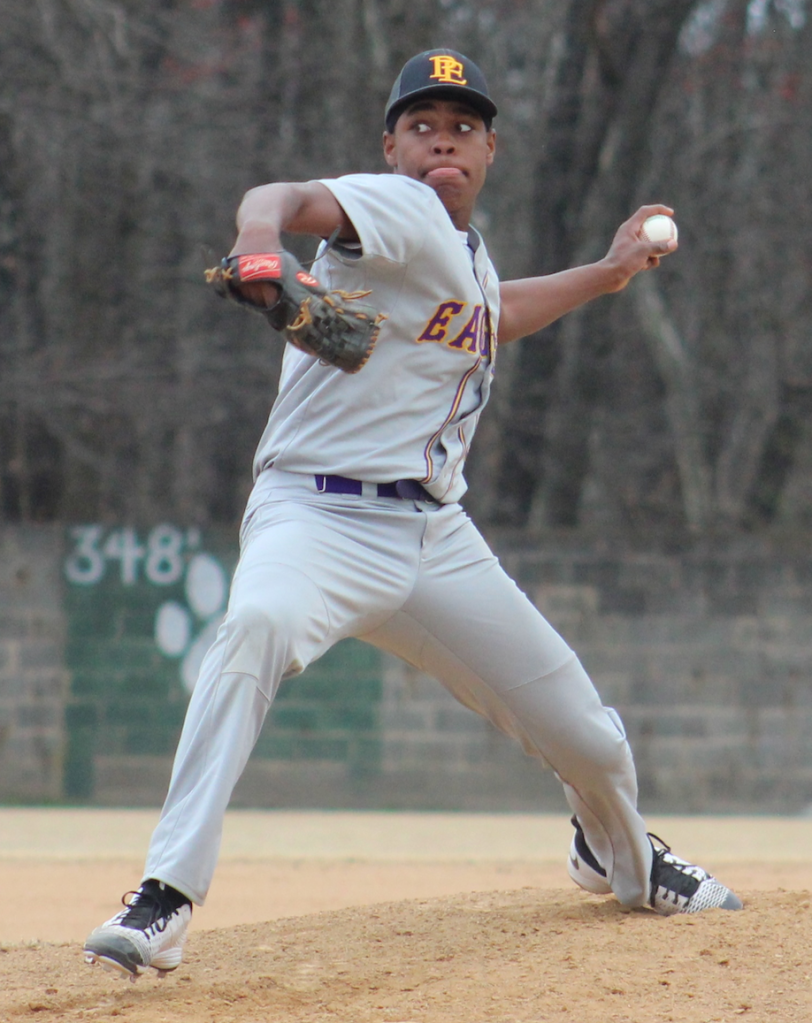 Prince Edward County High School’s varsity baseball team is trying to establish the proper work ethic as a good foundation for growth. The Eagles struggled in their first two games of the 2017 season last week, losing both, but new Head Coach Brandon Kenny saw the foundation present out on the field.

“We’ve hustled, we’ve played hard, so those are good things,” he said. “We haven’t taken care of the ball, and we’ve got to do a better job of that. That’s really what’s really plagued us the first two (games).”

The Eagles opened the season Thursday with an 8-2 home loss to Central Lunenburg High School in a game that Kenny said featured a lot of unearned runs.

On Friday, Prince Edward lost 16-11 on the road to Nottoway High School.

This season, the Eagles hope to build on a 4-13 record produced by their 2016 counterparts, who finished strong after starting the year 0-10. The 2016 Eagles lost in the first round of the Quad Rivers Conference 34 tournament against Bluestone High School.

Kenny succeeds Mike Weaver as head coach after serving as his assistant for the last 10 years.

“Even though we have seven seniors, it’s not necessarily a lot of experience we return,” Kenny said, noting only a few players have varsity experience.

As for expectations, he said, “I think we set a goal this year — kind of to lay the groundwork going forward, we want to make sure we outhustle and outwork our opponents.”

Senior Markeem Trent is the team’s designated hitter, sophomore Cody Kitchen will be a pitcher, catcher and third baseman, sophomore Thomas Orange is a pitcher and shortstop, junior third baseman/first baseman Miles Pride has proven dangerous at the plate, junior Zion Lewis brings his speed to left field and on the base pads and Schinabeck will pitch and play first base.