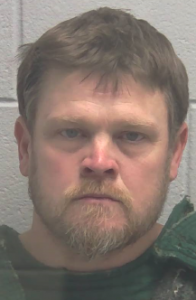 According to Maj. David Wilmouth, the Prince Edward County Sheriff’s Office delivered the warrant for Donald Rodney Jones arrest on behalf of the Appomattox Division of the Virginia State Police (VSP). According to VSP spokeswoman Corinne Geller, the warrant was originally secured by the Virginia Beach Police Department (VBPD).

Kuehn said Jones will stand trial in Virginia Beach for the charges.

According to the Virginia Courts Case Information website, Jones previously faced an indecent liberties charge, to which he took a plea agreement that amended the charge to sexual battery. He was sentenced to a suspended one year in jail and five years of unsupervised probation.