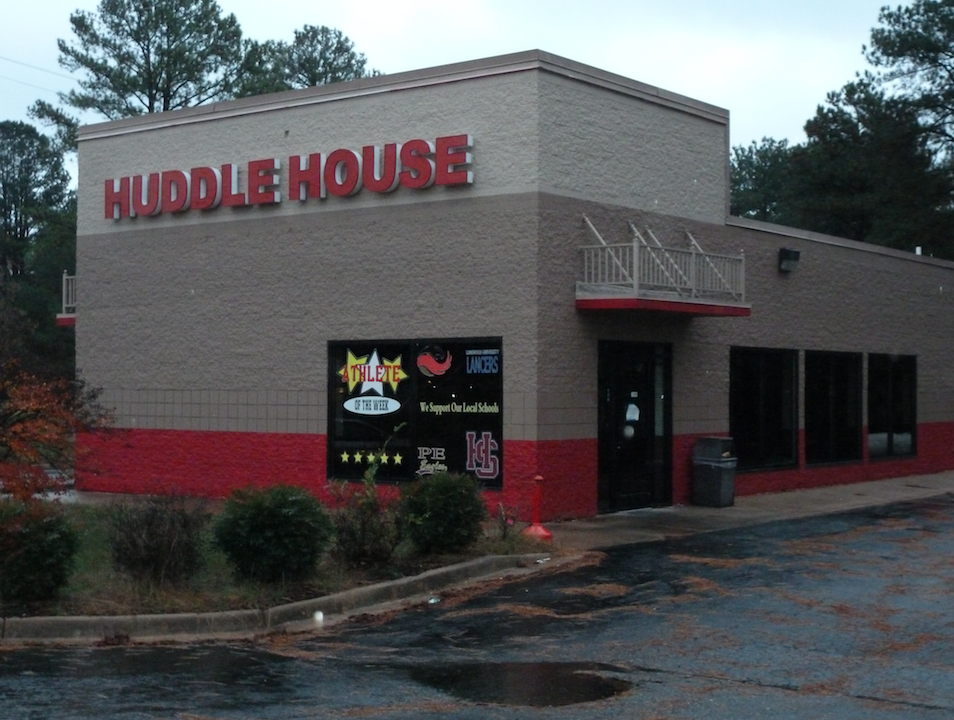 Dev and Shiv Patel are planning to reopen the Huddle House, located at 1800 S. Main St. in Farmville, on Aug. 1. Former owners of the restaurant closed the business in 2015.

Huddle House is reopening its doors in Farmville under new ownership — and is bringing with it 40 new jobs to the community.

The projected opening date is Aug. 1, according to the owners.

According to a press release, “the iconic neighborhood gathering place known for its round-the-clock breakfast, Southern hospitality and big portions at fair prices announced (Wednesday) it has signed an agreement with local entrepreneurs and brothers, Dev and Shiv Patel, to open a Huddle House in Farmville.”

“We’re definitely very excited about opening this additional Huddle House location,” he said. “So, we’re new to the Huddle House brand, but we’re going to be opening four locations this year. Specifically, in Farmville, I’d say we’re very excited because we get to serve a different kind of market than what we’re serving in our other locations — a lot younger crowd, a lot of college kids. And I think one of the things we’re looking forward to the most is … a good sense of community from us. We’re going to be involved in a lot of activities, which we’re not sure what they are yet, but as we get closer to opening, we look forward to reaching out to groups and seeing how we can get involved in the community and help make Farmville a better place to work and live.”

The new owners will remodel the existing Huddle House building at 1800 S. Main St. across from Walmart.

“When we came across Huddle House, we knew that this was a concept that we wanted to invest in, and we’re excited to bring the delicious food and gathering spot to Farmville,” Shiv Patel said in the press release.

Other locations the Patels will open include Blackstone, South Boston and Petersburg.

The new Farmville location is the second largest out of the four the Patels are opening. The largest is in South Boston.

“Based in Atlanta, Huddle House restaurants have earned adoration in their communities for their warm, friendly atmospheres where every conversation, sip of coffee and bite of home-cooked meals are savored,” officials said in the press release.

“We’re a family-owned business,” Shiv Patel said. “We’ve been open for about 15 years. We’re out of the South Richmond area in Prince George … As a company, we employ about 125 people currently, and this will bring us up to about 300 employees as a company.”

“Dev and Shiv are exactly the right entrepreneurs to bring Huddle House to Farmville,” said Christina Chambers, vice president of franchise development for Huddle House. “Their business acumen and strong ties to the community are a reflection of those values that Huddle House was founded upon more than 50 years ago. We’re eager to see their restaurant become an integral part of the community.”

There are currently 413 Huddle House restaurants across the United States open and in development.

Shiv Patel advises those interested in the jobs to visit www.work4huddle.com.

“I’m just real glad that they’re opening back up,” said Farmville Town Manager Gerald Spates. “I thought Huddle House did extremely well. I was really surprised when they did close … I feel real good about it.”

“The more jobs, the better,” Spates said in reference to the 40 new jobs planned as part of the business opening.

The former owners of the Huddle House restaurant on South Main Street closed the business in 2015. The restaurant was one of several at the center of a bankruptcy trial for the former franchisee who operated it and several others throughout Central Virginia.