Longwood University’s College of Business and Economics (CBE) received a major acknowledgement recently, ranking its online accelerated MBA program and real estate department among the best in the country, according to a press release.

Both the Master of Business Administration (MBA) program and the real estate department have climbed in their national rankings, officials said in the release. Longwood’s young MBA program was ranked by Value Colleges as second best in the country and best in the state of Virginia. 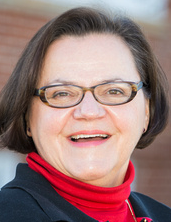 According to Abbey O’Connor, who serves as assistant dean for graduate studies in the CBE and the MBA program director, the program was noted for its low cost, experienced faculty and the student-teacher relationships Longwood boasts.

The 36-credit-hour program, which began in 2006, sees most of its students graduate within 15 months, according to the press release. It has seen about 60 graduates and 30 students are currently enrolled in the program, O’Connor said in an interview.

O’Connor said she was more than proud the program is continuing to receive state and national attention.

“I’m extremely proud. It’s always nice to be recognized,” O’Connor said. “I’ve wanted this program for about the last eight years and it’s been so satisfying to see the program grow and to see it increase in quality and … to see the students succeeding in their careers and to have some national recognition like we’ve been getting recently is really the cherry on top for me.”

The faculty and the strength of the student-teacher relationships are to thank in part for the program’s success, said O’Connor. She said the MBA classes were being taught by tenured and trained professors rather than aides or graduate students, which helps improve the program.

“The student-teacher relationship Longwood prides itself on is one of the things I’m very happy we’ve been able to replicate in an online MBA program,” O’Connor said.

Students surveyed said they also enjoyed the program because they met on campus for four days each summer for an on-campus residency, O’Connor said.

“That gave us a time to let the students get to know each other and do a lot of team building to build their learning community,” O’Connor said. “It also gives them an opportunity to network themselves, which is crucial in business.”

The CBE’s real estate department has risen in its ranking worldwide from 19 to 16, according to the release. The journal Real Estate Literature ranks collegiate departments in its annual Real Estate Academic Leadership study. The study is based on the number of peer-reviewed articles published within the last four years.

“Our department’s faculty is quite prolific and shares in the experience of doing research with our undergraduate students,” Dr. Bennie Waller, professor of real estate and chair of the department of accounting, economics, finance, real estate and ASCS, said in the press release. “Working with faculty members of this caliber isn’t commonplace for undergraduate students, and to be able to assist on numerous ongoing research projects sets them up for a future of success.”

Longwood President W. Taylor Reveley IV said he was proud of the school and its faculty for the accomplishment.

“The new rankings highlighting our online MBA program reflect the best of Longwood — accessible faculty, rigorous coursework and affordability. It is a particular point of pride that the rankings point to the affordability of the online MBA program, an aspect our alumni have long applauded, which in turn has helped the program’s reputation now,” Reveley said.