A 44-year-old Cumberland man was arrested Feb. 21 on charges of breaking and entering with intent to commit a felony and destruction of property. 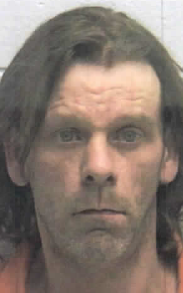 Seal said there was minor property damage as a result of the incident, and no one was injured. The female victim, whose room was broken into, called police when the alleged incident occurred.

“We responded and were able to make an arrest on the person she identified as having broken her windows and attempted to climb into them,” Seal said.

Marks and the victim both live at the motel, but otherwise have no connection, Seal said.

Alcohol was a factor in the incident, he said.