A lifelong Farmville native, he was born on December 8, 1938, the son of Wilbur Dink and Martha Lowe Wright, who predeceased him. 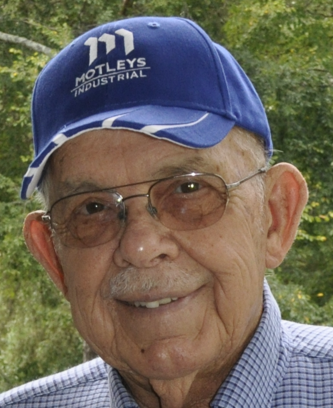 Shelton was self-employed in the property rental and convenience store business for the past 43 years, and also worked as a deputy sheriff in Prince Edward County, and was the first full-time campus police officer employed at Hampden-Sydney College. While at Hamden Sydney College, he was named by the Farmville Jaycees as the Outstanding Young Police Officer of the Year for 1973.

Shelton joined Worsham Baptist Church in 1974 where he made his profession of faith to Jesus Christ and was baptized. He rededicated his life to the Lord several months prior to his death by a visit from a pastoral friend, Steve Conwell, pastor of Maranatha Baptist Church, Farmville.

Shelton enjoyed hunting and fishing, but hunting and keeping his dogs ready for the season was his favorite sport. He enjoyed his friends and looked forward to morning breakfast at Granny B’s with “the boys.” He also enjoyed working on his property, doing his own bulldozing and keeping things in good order. A few days before his passing, he remarked, “Well, I think I’ve finished everything I wanted to do.”

He loved times with his granddaughters, especially riding the four-wheeler, taking them shopping and teaching them how to care for land. You could tell when family and old friends were around by hearing them call him “Louie” which he enjoyed and always brought a smile to those who knew him as Shelton.

Memorial Contributions may be made to the Prince Edward County Rescue Squad, or Centra Hospice in Farmville.