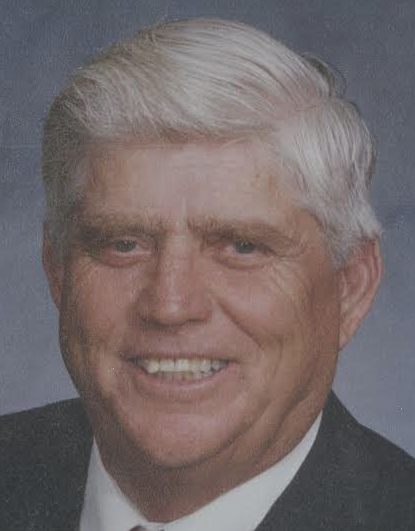 He was a Veteran of World War II, serving aboard the USS Clous in the Pacific. Following the war, he returned to Danville and married Odell Davis. He got a job with the shipyard and they moved to Newport News. He took a break from the shipyard for several years, during which he ran two successful auto service stations before eventually returning to the shipyard. He retired from the ship fitter department in 1986. He will always be remembered for his love of hunting, fishing, gardening, but most of all his family. In 1999, they sold their home in Newport News and relocated to their farm in Prospect. There, the two of them planted a tree farm, wonderful vegetable garden, fruit trees and grapevines. Through this winter, he cut his own wood for heat.

He was preceded in death by the love of his life, his wife, Odell; parents, the Rev. Ellis and Gracie Allen Jones; brothers, James, Bobby, Donald and Enoch; and sisters, Dorothy Elliott, and Ann Stone.

He is survived by his sister, Jeanette Cocke of Virginia Beach; his children, Sandra Traynham (Ben) of Hampton, Marie Leggette of Chesterfield, Leonard, Jr. (Debbie) of Yorktown, and Patsy Fox (Danny) of New Kent. He was and always will be the beloved Papa to his grandchildren, Kimberly Leggette of Midlothian, Renee Cranor (Chris) of Midlothian, Connie Leggette of Chesterfield, Jennifer Fox (Fiancé, Jason) of New Kent, Jeff Harper of New York City, Jeremy Fox (Meghan) of Midlothian. The same love was shared by his seven great-grandchildren (two great grandsons due this summer) and three great-great grandsons.

Leonard never claimed to be a perfect man, but he had a strong belief in a perfect Lord. He enjoyed a simple life and left his faith and love of nature as his legacy and an example for the rest of us.

The family would like to thank friends and neighbors in Prospect for their kindness and support given our father in his final years.