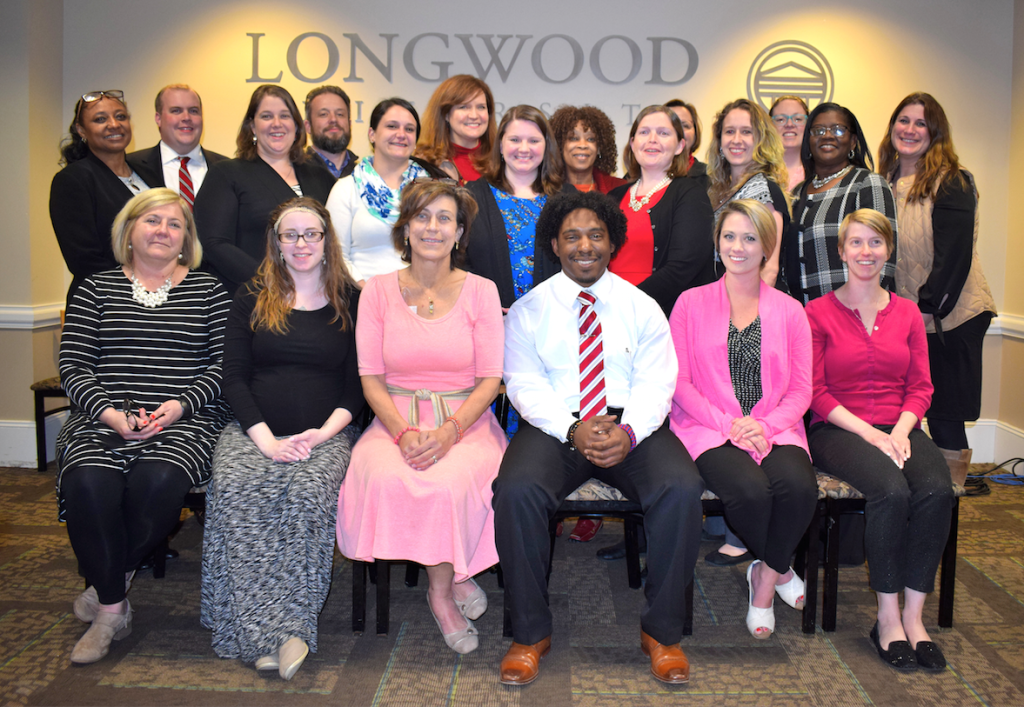 Leadership Farmville held its 14th graduation ceremony in the Nance Room at Longwood on March 2 — celebrating the participants’ projects and initiatives in the community.

Each session that took place as part of the program was dedicated to a different aspect of the community.

During the seven months, participants were broken down into small groups and kept an ear open for needs in Farmville, which Stump said members of the program addressed through group projects.

Longwood Provost Dr. Joan Neff offered opening remarks during the graduation event by asking those in attendance whether they believed leaders were born or made.

“It’s interesting, because if you look at some of the research that’s been done, there’s evidence on both sides,” Neff said. “Some evidence indicates that leaders are made, developed to become good leaders, and then there’s other research that indicated there may be some genetic component.”

Neff said most of the opportunities for leadership roles in higher education before coming to Longwood were opportunities she decided to take on, looking for what challenges would come from each role.

Farmville Area Chamber of Commerce Board Member Ellen Masters said the group of participants was by far the largest class that she had seen.

The seven groups presented projects pertaining to separate issues including #speakupsouthside, a campaign aimed at Centra hiring a sexual assault nurse examiner and working to promote awareness of domestic abuse and sexual assault; a Farmville coloring book aimed at promoting tourism in the area; an update to public transportation that could possibly include ride-sharing companies, such as Uber; the “Farmville 411” where people could email questions they had to a radio station or The Herald where they’d respond on air or in the paper twice a week; a friendship garden that would promote community with elementary school students from throughout Prince Edward County; the Unity project, which involves taking 32 posts and having participants weave yarn from which posts they felt they most identified with; and a project titled “The Piedmont Family,” a website that promotes tourism, and if implemented, would offer affordable trips for families.

Masters recognized Hampden-Sydney College professors David Marion and Rucker Snead for their help with the program.

“Rucker was instrumental in providing historical context for the program,” Masters said. “Both David and Rucker were both a phone call away when we had questions.”