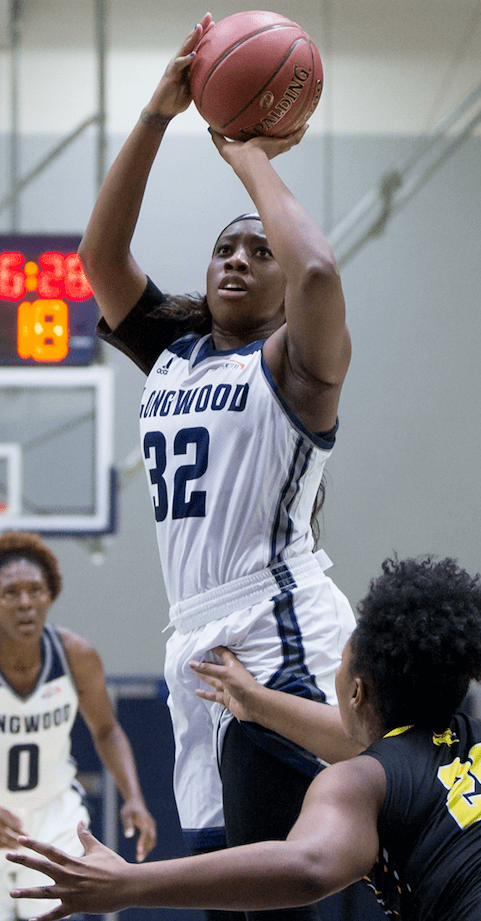 It was a tumultuous 2016-17 season for Longwood University’s women’s basketball team, as it struggled to put together four wins, including just one in Big South Conference play. Despite disappointing results, Lancers Head Coach Bill Reinson believes there are many positives that can be drawn from the past season.

“I think we finished the season really well … We were really competitive over the last three weeks,” said Reinson, who has collected 51 wins in his seven seasons as head coach. “We finally turned a corner, and it was exciting to see, and we ended up taking … the eventual (Big South) champs down to the wire in the first round of the (Big South Women’s Basketball Championship).”

The Lancers showed their tenacity in that game against UNC Asheville as they went toe-to-toe with the Bulldogs, closing the gap to one with 39 seconds remaining before a trio of free throws helped give Asheville the 65-59 win.

It was an especially impressive fight for Longwood considering it had met the Bulldogs just less than a month prior, and the Lancers were clearly outmatched and lost by a deficit of 31 points, 84-53.

In the final three weeks of conference play, the gritty Lancer squad produced its sole Big South Conference win of the season over Winthrop University, a team Longwood had previously lost to in late January.

The Lancers also had gutsy performances against conference foes Charleston Southern University, narrowly losing 71-63, and on senior night against Presbyterian College, when they lost by a free throw in the final 0.6 seconds of regulation play.

“There’s a lot of things to be proud of,” Reinson said of the challenging season. “On the court, I think it was the fact that they didn’t quit. It would be very easy, given our record, to just say, ‘Let’s reboot next year,’ but they continued to battle.”

While the Lancers may have struggled to put together a winning season, there were plenty of standouts on the 15-woman roster, which is composed of predominantly underclassmen.

Reinson noted that many of his younger players received “a lot of valuable minutes” during the season. Freshmen Kate Spradlin, Khaila Hall and Jada Russell logged a cumulative 1,957 minutes this season, making them three of the top five players on the team in terms of playing time. The other two players with the most minutes were senior forward Eboni Gilliam and junior guard Micaela Ellis, both of whom produced all-around notable seasons.

Gilliam had arguably her career-best season as a Longwood Lancer, averaging a career-high 10.4 points a game. She was the team’s leading scorer and had three games of 20 points or more. She also led the team in rebounds with 164, averaging 5.5 a game, and notched an impressive four double-doubles this season, which ranked fifth in the Big South. Most notably, her stellar play nabbed her a Big South Player of the Week accolade in mid-March.

Ellis spent an outstanding 1,102 minutes on the court this season, averaging 36.7 minutes a game. She ranked first in minutes played in the Big South with 665. The 2016-17 team captain made an impact during her team-high 30 starts and handed out 133 assists for the season, including 92 during conference games, which ranked her first in the Big South.

“(Ellis) is arguably the hardest worker we have,” said Reinson, who led Longwood to the VisitMyrtleBeach.com Big South Championship game in the 2012-13 season. “You can always count on her giving her best effort. When she plays well and when she doesn’t play well, it doesn’t matter, you can never fault her effort. She was a constant on the team this year.”

Looking forward to next season, Reinson said developing his younger players during the offseason will be “the key” to turning around the program and compiling a winning record. Reinson said he saw major improvements in Hall, a guard, and was impressed by the hard work of another guard, Spradlin, noting he sees her being a leader in the future.

“I’m looking forward to getting back to work and making those strides,” Reinson said. “I really do believe that we have the talent and the character and that better days are most definitely ahead.”