Jenkins and Atkinson honored for conservation 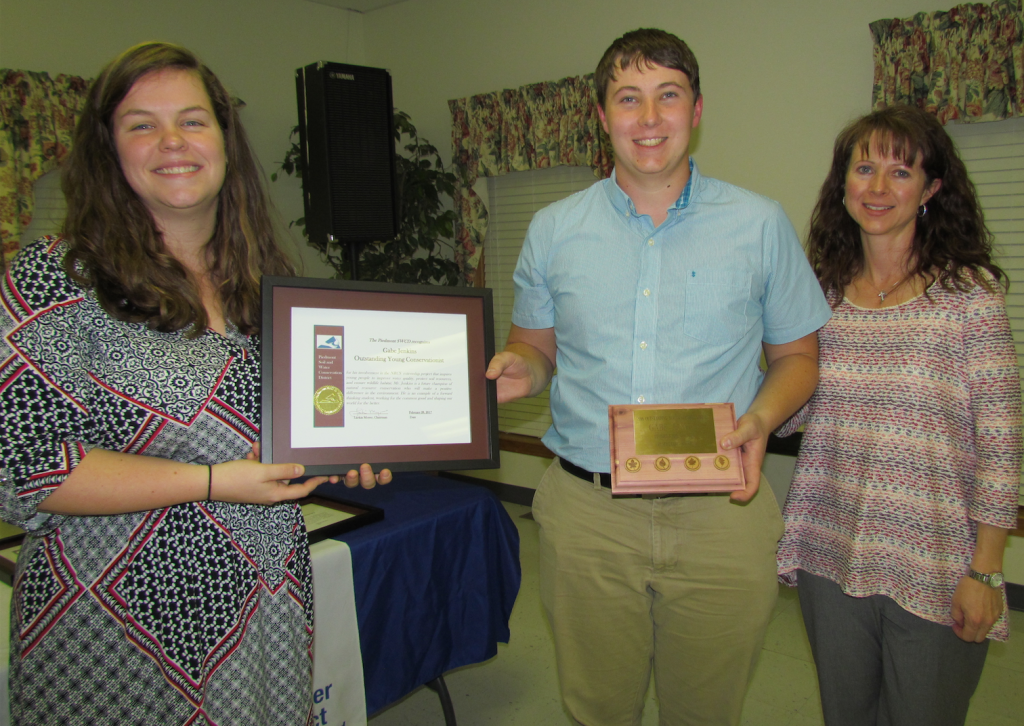 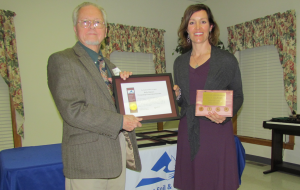 “Gabe Jenkins was a Fuqua High School junior in January 2016 when he enrolled in an elective course that required an externship. An externship involves job shadowing and is intended to provide students with additional insights into a specific field. Jenkins applied for an externship with USDA Natural Resources Conservation Service. As the grandson of a dairyman in Prince Edward County, Jenkins was eager to gain real world experience in the conservation field, learn about natural resource protection and make long-term connections with individuals who could help him explore his interests.”

“With the guidance of his supervisor, District Conservationist Derek Hancock, of the Farmville Service Center, Jenkins played an instrumental role in the checkout process for several Conservation Reserve Enhancement Program projects in Prince Edward County. This field work provided valuable experience performing necessary engineering checks on watering systems and exclusion fencing used in livestock operations. Jenkins’ final class project was a presentation outlining the tasks he performed and the knowledge he gained from the work experience.”

According to the release, “Kelly Atkinson knows that one doesn’t have to grow up in the country or on a farm to love the land and be dedicated to its preservation. She was raised in a suburb in Cleveland Ohio, but the woods behind the house offered opportunities to explore and be inspired by nature.”

Atkinson earned a degree in geography from Longwood University, and she continued in her studies to earn a Master’s Degree in education. “After completing her degrees, she worked with the Virginia Department of Forestry for five years, employing her geography skills, helping map the impact of pine beetle and wooly deluging moth infestation.”

For the past four years, Atkinson has been the environmental education teacher at Fuqua School’s Upper School.

“She deliberately incorporates hands-on experiences into her curriculum and invites community resource professionals in to enrich the classroom experience. During her years teaching environmental education at Fuqua she has also been the school’s Envirothon Coach,” officials said in the release.

Atkinson participates in community development on many levels, officials said.

“She has two school-aged daughters and she is the Girl Scout Leader for their troop. Atkinson is a member of longtime member the Friends of the Appomattox River, a community river advisory group.”