Gilliam set to become a Builder 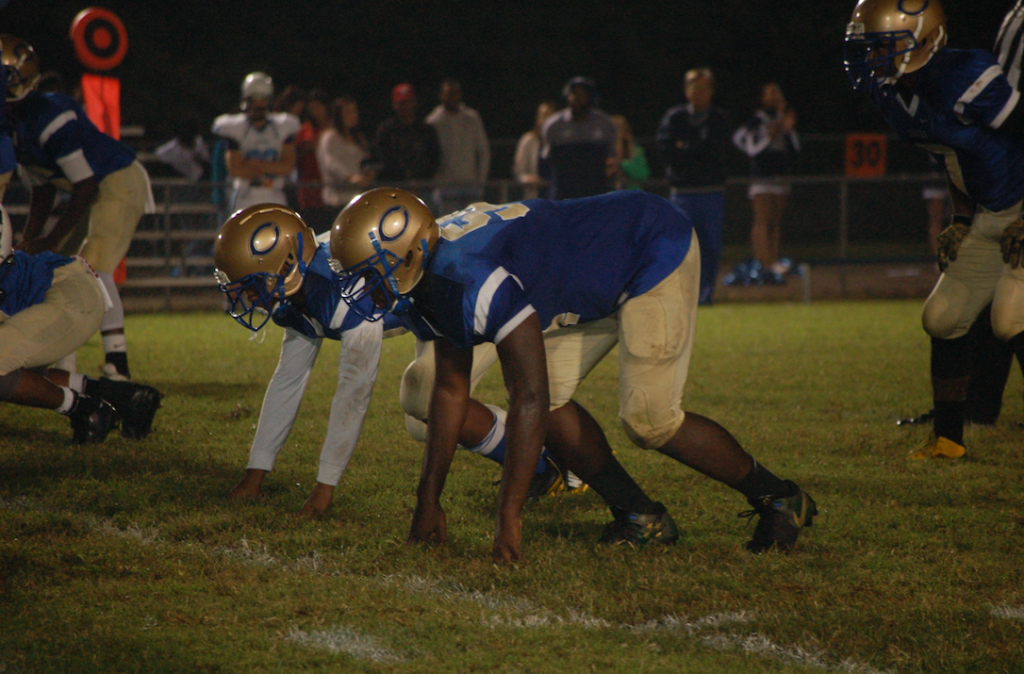 TITUS MOHLER | HERALD Cumberland High School senior defensive end/offensive guard Jaylen Gilliam, in foreground, has committed to play football at the next level for The Apprentice School in Newport News.

One of Cumberland High School’s foremost standouts on the gridiron this past season will continue to play at the college level.

Senior defensive end/offensive guard Jaylen Gilliam has accepted an offer to play for The Apprentice School in Newport News.

Gilliam said he believes he was 6 years old when he first became interested in football.

“Ever since I then, I just wanted to keep going at it,” he said.

He noted he got his start playing in a youth league in Powhatan.

“I’m just grateful and thankful to have the opportunity to play four more years of football,” he said.

He said he chose the Apprentice School because he liked the deal it offered him.

“I’ll be graduating debt free, and by the time I graduate, I’ll be guaranteed a job,” he said.

The Apprentice School, which is associated with Newport New Shipbuilding, offers student-athletes the opportunity to learn and play but also to work a job while continuing their schooling.

“I think it’s a very unique opportunity,” Cumberland Head Coach Edgar Knapp said, noting that Gilliam recognized this. “I think that speaks volumes to what he was looking for as far as not just being a football player but also for being a student and getting his degree and finding success in the world.”

Gilliam said he plans to major in psychology.

He has also gotten an idea of what to expect when it comes to his role on The Apprentice School Builders football team.

He has received accolades for his ability to play on the line.

“Jaylen was, if not the best player, one of the best players on our team for the last two years,” Knapp said. “He was All-Conference 42 on both sides of the ball both his junior and his senior year, and he’s a good football player. He leads with his ability. He’s not real loud or ostentatious, but his work ethic and his ability speak for (themselves), and he’s going to contribute a lot to what they’re trying to do down there.”

Gilliam made the all-conference first team twice over in 2016.

He played at the varsity level for all four years of high school, competing for Fuqua School as a freshman and sophomore.

Gilliam said there were many people he could cite as having helped him reach his current level of achievement, but the No. 1 person would have to be his mother, Shonda Hampton.