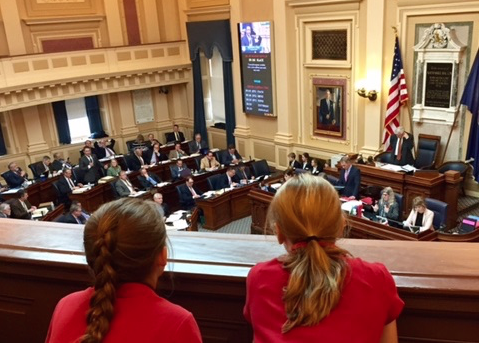 The Fuqua School’s fourth- and fifth-grade classes took their study of Virginia history on the road recently by visiting the Capitol in Richmond. “They were hosted by Del. James Edmunds and Sen. Mark Peake,” according to school officials. “This visit included a tour of the Capitol where students not only learned the history of Richmond’s story of becoming our state capital, but also saw Jean-Antoine Houdon’s famous statue of George Washington in The Rotunda. Students also had the opportunity to sit in the original seats of the Old House of Delegates Chamber that was used by Virginia delegates for lawmaking from 1788 until 1904. The day concluded with the fourth and fifth grades observing the Virginia General Assembly during their final week of session for 2017.”