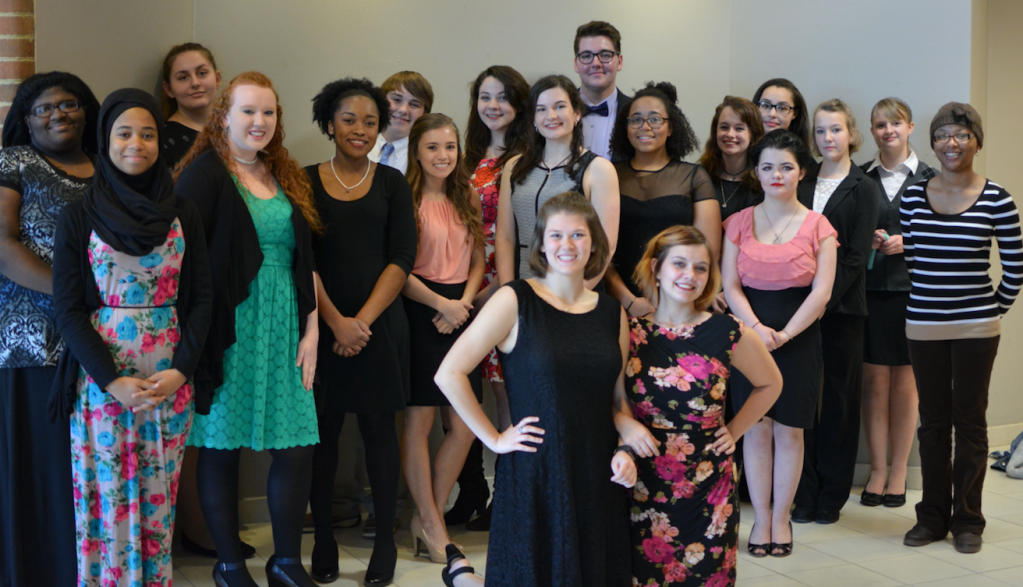 According to a press release from the school division, the team will send 10 entries to the state competition to be held at Clover Hill High School in Midlothian on Saturday.

Officials said in the release that team captain Demory Williamson earned a second-place finish in serious dramatic, and Katey Hougland placed second in storytelling, while Kaylah Paras did the same in poetry. Third-place wins went to Acadia Czeizinger and Caylor Scales in their interpretation categories, and Raheema Fulani and Annabelle Williamson took third for humorous duo.

Forensics Coach Charles Haigh called the team a very talented group of students, many of whom he’d worked with during their entire high school careers.

“When I first started the team six years ago, we only had five members,” Haigh said. “Within a few years, the team swelled to over 20 members, and at times, even hit as high as 26.”

Cumberland County Public Schools Superintendent Dr. Amy Griffin said she was very proud of the forensics team and their successes in competition.

“Mr. Haigh and the team have done an outstanding job becoming James River District, Conference 42 and 1A East regional champions,” Griffin said. “I look forward to their performances at state competition.”

“The forensics team, since Mr. Haigh has taken over, we’ve had one state champion. Last year, we had five students who actually placed in the state level to score points, and they actually just missed being a state runner-up,” Scales said.

Speaking on his coaching, Haigh said his students are the ones who do the work — he just points them in the right direction.

Officials said in the release that the 10 entries in the state competition was the largest group in the school’s history for forensics.

The release stated that team member Annabelle Williamson said she didn’t think her duo would make it that far.

“It makes me feel confident in my partner and my abilities. I was really excited to go to states with my sister, Demory, because it is her last year,” Williamson said.

Haigh said he teaches the students to be supportive of each other as they practice and compete.

“They critique each other and offer suggestions,” Haigh said. “There have been times when a student has gone through, line by line, another student’s piece, and they do it in the effort to show them how to make it better.”