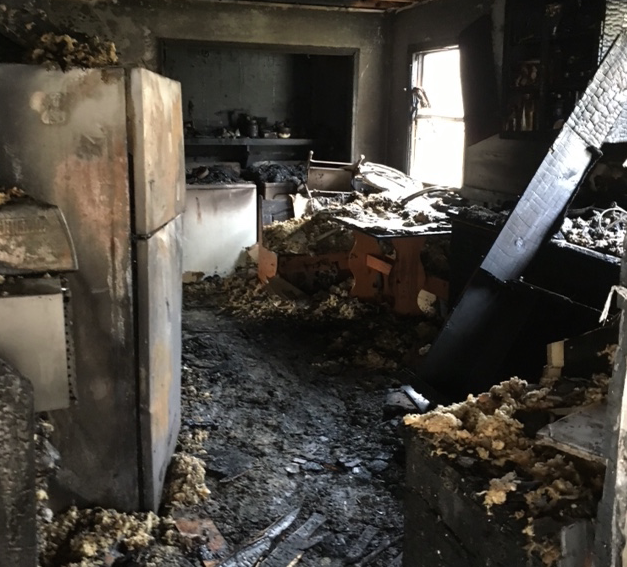 A fire destroyed a home on Carter Road in Cumberland on Monday, which displaced a mother and her four children.

According to the Cumberland County Sheriff’s Office, the fire was reported at 11:46 p.m. Monday and didn’t result in any injuries.

The house was a single-story structure.

According to police, heavy smoke was seen coming out of the chimney at the residence.

Ginger Weaver, of the American Red Cross’ Virginia Capital Region, said the displaced family is being assisted by family, friends and the Red Cross.

“Despite best efforts of courageous firemen, the family is displaced, having lost most of their belongings to the fire,” Weaver said. “So much is needed to re-build a home environment for this family, but a great deal of humanitarian goodness and lessons can come from helping others and with everyone’s help and understanding, it can be done.”

Weaver said for those who’d like to help support the family, donations can be made at www.redcross.org/volunteer.

She also noted that while donations are great for helping families in need, volunteers were a much greater need.

According to the Cumberland Sheriff’s Office, the fire is not suspicious in nature.