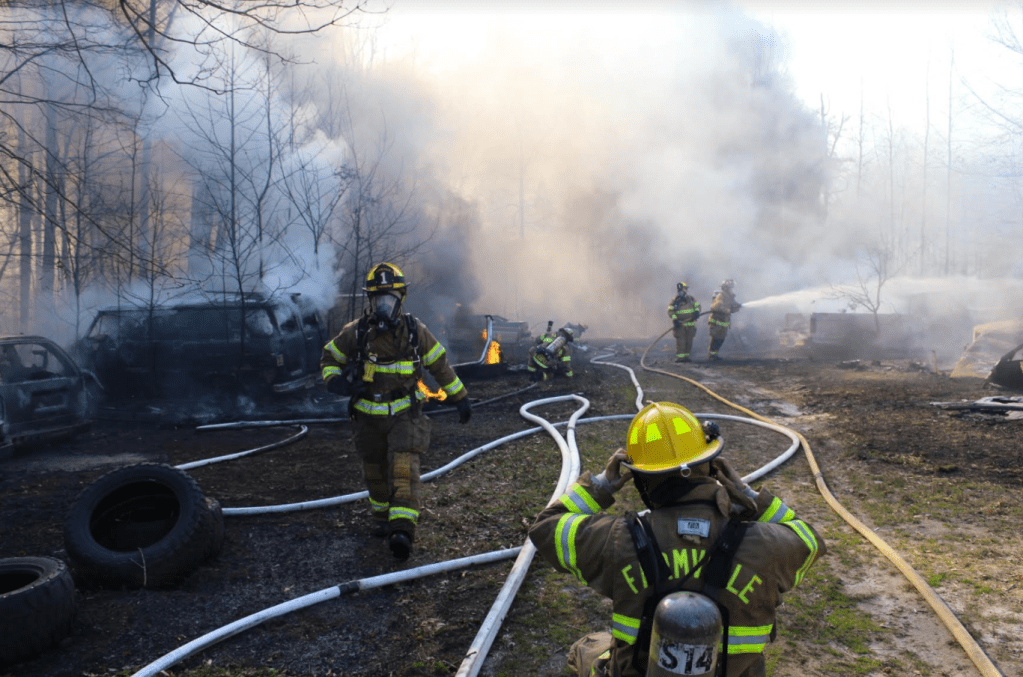 According to Tim Farrar, the assistant chief of the Dillwyn Volunteer Fire Department, the fire was reported at about 4:15 p.m. in the 8000 block of Crumptown Road about a half mile from Sheppards Road.

“From what were told … a guy was running his tractor, plowing a broom straw field, and his tractor backfired,” Farrar said. “The field caught on fire, and it got away from him.”

Farrar said once the fire began it “extended into those vehicles and into the woods.”

He indicated the 39 vehicles that burned hadn’t been moved or driven for an extended period of time.

“They just cleared up,” he said at 8 p.m. regarding volunteer fire department members being on scene for hours.

When asked if wind was a factor in the fire, Farrar responded, “One hundred percent. Dry conditions and the wind.”

Farrar encouraged residents to use caution when operating machinery outdoors.