‘Courage to take that first step’ 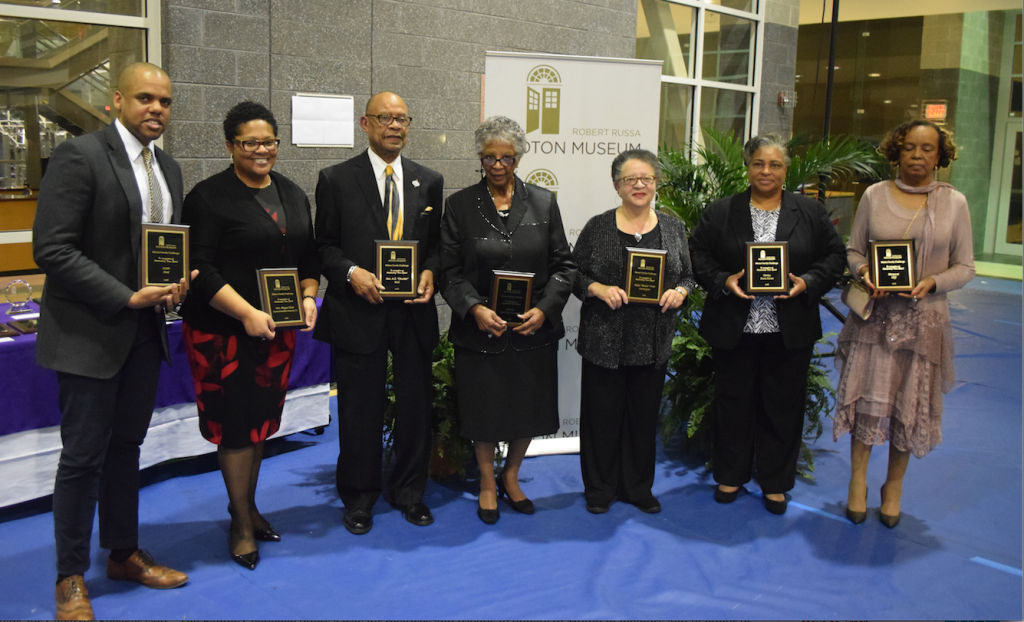 BRIAN KLINGENFUS | HERALD Hundreds of members of the community filled the Longwood University Health and Wellness Center on Saturday for the Moton Museum’s sixth-annual community banquet, which highlighted the success of the museum over the past year. Recognized for raising significant funds for the Moton Family Challenge included, from left, Justin Reid, Megan Clark, A.D. “Chuckie” Reid, Beatrice Woolridge Kennedy, Mickie Pride Carrington, Shirley Davis Eanes and Margaret Stiff. Not pictured are Donna Nunnally and Glento Allen. See more photos on A6 and online at www.FarmvilleHerald.com. 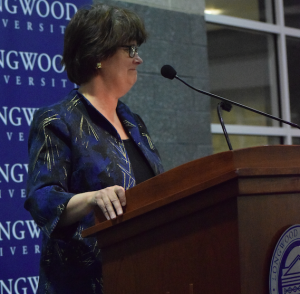 Former state Secretary of Education Anne Holton was the keynote speaker for the event.

The Robert Russa Moton Museum held its sixth annual community banquet on Saturday, honoring and highlighting the successes of the museum over the past year, along with the families of the students who participated in the school’s walk-out in 1951 — led by 16-year-old Barbara Johns — in protest of the unequal facilities in segregated black schools.

The banquet, keynoted by former First Lady of Virginia and state Secretary of Education Anne Holton, was held at Longwood University’s Student Health and Wellness Center. Dinner was provided and music was performed by Longwood’s BASIC Gospel Choir.

“My wife, Anne, had an interesting … tough experience with her family while her father was governor of Virginia,” said U.S. Sen. Tim Kaine, who introduced his wife. “When (former Gov. Linwood Holton) was faced with the decision … of doing anyth

ing they could (to block integration), Anne became part of that generation of kids that integrated the Richmond public schools and her father became the governor … to declare the country should close the chapter on the past, face forward and acknowledge that we should be an aristocracy of merit, not an aristocracy of race.”

During her remarks, Holton thanked and honored Johns for her bravery in leading the Moton High School strike. 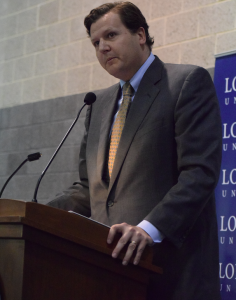 “Barbara didn’t have a whole lot of plan for what happened after (the walk-out). What’s the outcome? What are the next steps?” Holton said. “She was ready and had the courage to take that first step not knowing what the outcomes were going to be.”

“People have known for a while that our great community is America’s oldest two-college town,” said Longwood University President W. Taylor Reveley IV. “People have known for a while that this is where the Civil War drew to a close and the country came back together. But something that we can celebrate now, tonight, is that America and the world are coming to know that this is the place where the civil rights movement began.”

During the banquet, those who participated in the Moton Family Challenge were honored for their contributions to the museum, and the top fundraisers, representing themselves and their families, were presented with awards.

Awards for the Family Challenge were bestowed to the families and individuals who raised the greatest amounts to the Moton Museum.

Patterson then announced the Gold Circle Award winners, with donations between $2,000 and $5,000. The Reid family and the Womack family were honored for their contributions.

“We would not be able to do this without (the support of these families and individuals),” Speakes said, thanking the donors. “To see that we can come together to support those families once affected by the walkout is amazing to see.”

Speakes told the crowd that after visiting the Moton Museum, brothers Barrye, Angus and Geoffrey Wall agreed to increase the Moton Family Challenge Scholarship, previously at $500 for four years for two students, to $2,500 per year, totaling $10,000 over the course of four years. Barrye also committed to $20,000 to help in projects at the Moton Museum, she said.

“Barrye’s brother, Angus, also agreed to work with Cam and Cainan (Townsend) on other projects that would be beneficial to the community.”

Members of the Styles family pledged a commitment of $10,000 to the Moton Museum Scholarship Fund.

“We started the Family Challenge Scholarship Fund to inspire our youth to continue higher education,” Speakes said. “We are always stronger together.”