The Farmville Town Council has agreed to add two at-large members to the ranks of the town’s planning commission.

While a portion of the council’s action on March 8 fulfilled part of requests made by planners, the town council agreed the commission would “mirror” the council, meaning each ward would be represented. 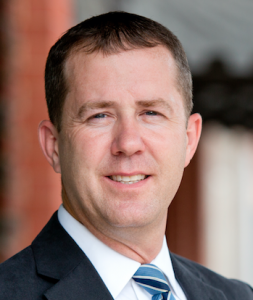 “We also wanted to know if there was a way that, although you all (agreed) to the change with the makeup of our commission, if there was a way that we could keep our commission intact and maybe have those commissioners that are due to leave soon … remain as maybe at-large members in addition to having the new members so that all of the wards are represented,” said Honeycutt, who lives in Ward A, during a prior council work session.

“The request was to keep the current commissionersintact and allow at-large membership to the Farmville Planning Commission,” Ward E Council J.J. “Jamie” Davis said March 8. “We feel very strongly that this commission should mirror council and there should be representation from each ward. So, our recommendation is that it mirror council with a representative from each ward and two at-large members as well.”

In September, the council agreed to change the makeup of the commission, increasing ward representation and staggering member’s terms. The unanimous action followed a public hearing on the ordinance change, which drew no speakers. Council, too, offered no comment when considering the matter last fall. 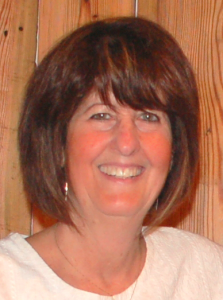 Currently, the commission’s members only represent Wards A and B.

The March 8 unanimous decision of council members included Town Planner Cindy Morris working with the commission in updating the town’s Comprehensive Plan. It also included adding “the $1,000 requested for training … for (the commission)” in the town’s upcoming fiscal year budget.

Honeycutt said having planners whose terms are set to expire fill the proposed at-large seats would bring continuity.

“That was a big request that came from the planning commission,” Honeycutt said.

In the commission’s annual report, the request was listed as “Request town council keep current commissioners intact for continuity and request that town council allow for ‘at-large’ membership to the planning commission.”

“We are at the point where we need to update the Comprehensive Plan for the town,” Honeycutt said during a previous council work session. “And it is so involved that upon listening to Mr. (Michael) Chandler (director of education for the Land Use Education Program at Virginia Tech), he recommended that we outsource this and not involve the town’s folks … His estimated cost is $15-20,000.”

According to Morris, the Comprehensive Plan is supposed to be updated every five years. “There is a draft update of one right after the 2010 Census … so it is long overdue,” Morris said.

Honeycutt also requested funds for continued education and travel and meals “to conduct site visits to other jurisdictions similar in nature to Farmville to gain insight and ideas from other localities as it relates to planning” and funds for more training.

In August, council agreed to a proposal to amend the term dates for the current members, staggering them to expire this year and in and 2018. The current members of the commission would fulfill their terms.

If no qualified representative can be found or is willing to serve from a ward, council could appoint someone from another ward.

In August, council members adopted policies for the training of commission members and for applications to the commission be reviewed by the council’s personnel committee.

Months ago, council unanimously amended town code to mirror state code, stipulating one council member and administrative official “may” serve instead of “shall” serve on the commission.