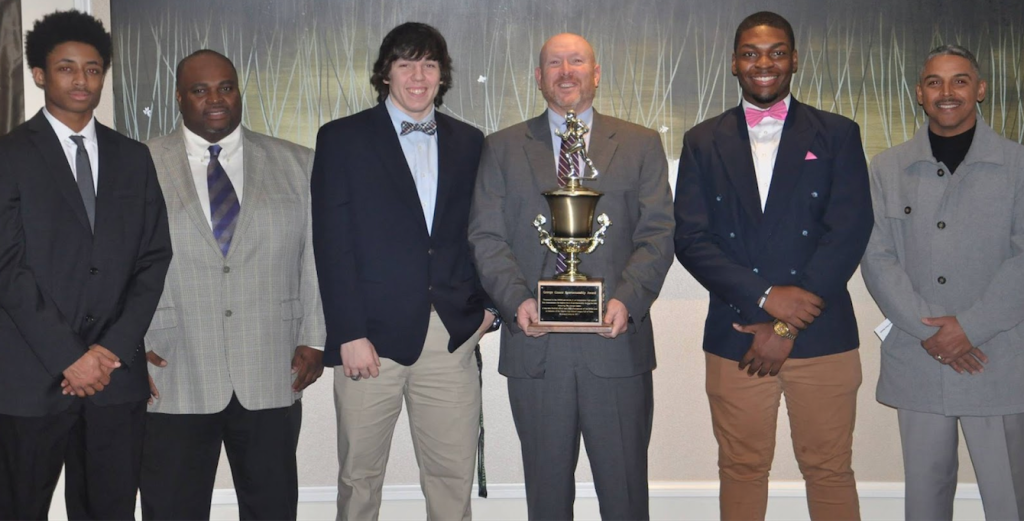 The Cumberland High School varsity football team was presented with the Chuck Grasser Sportsmanship Award at a banquet earlier this year at the Touchdown Club of Richmond. The award is determined by referees who worked the games during the football season. The Dukes were the 2016 honoree for Virginia High School League Group 1A. Cumberland Head Varsity Football Coach Edgar Knapp and the team’s senior captains accepted the trophy. It is displayed on the counter in the Cumberland High School office, and Knapp said, “We can win it again next year. We felt like it was a tangible sign that the program … is headed in the right direction.” The division will keep the trophy until next year when it will be awarded to the 2017 winner. Pictured, from left, are senior quarterback Brandon Leabough, Athletic Director Alfonso Bell, senior linebacker Kaleb Boyles, Edgar Knapp, senior defensive end/offensive guard Jaylen Gilliam and Assistant Athletic Director Travis Gilliam.