BCHS wants to continue what it started

Last season, Buckingham finished with a 10-10 record. The team fell to Chatham High School in the Courthouse Conference 37 tournament semifinals, but it had advanced there after defeating Gretna High School 3-2 in the quarterfinals.

“That’s the first conference tournament win that Buckingham has had in a good while, probably eight years or so, maybe, at least,” Lady Knights Head Coach Mark Christian said. 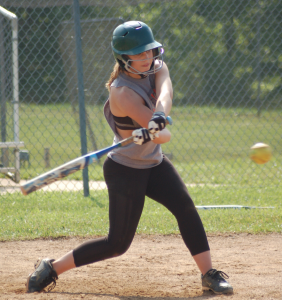 Helping make him optimistic about his team’s chances of maintaining the momentum this year is a roster populated by many athletes, “more than we’ve had before,” he said. “We’ve got some speed, probably the fastest team that I can remember in a good while as far as overall speed.”

Christian said he has “a lot of hope that they’re going to do well, that we can do better than we did last year, but we had some experience last year that we don’t quite have this year, and that’s the only question I’ve got is, ‘Do we have enough of the experience?’”

Buckingham will miss the leadership and strength in the circle that Melissa Wright brought last season as a senior. Also leaving big shoes to fill are two other graduates — catcher Haley Allen and second baseman Emily Todt.

Christian said most of the group consists of players he brought up from the junior varsity team, but the roster does include five varsity returners.

Buckingham’s pitching rotation this year is expected to include Gormus, Love and freshman Mia Garrett.

When not pitching, Love will play at shortstop and Gormus will likely alternate at first base with Garrett.

Crews has a diversity of experience, but “she’s going to pull a lot of duty at catcher this year for us,” Christian said.

Heslip will bring her remarkable speed to center field, and she is also slated as the team’s leadoff batter.

Also returning is junior Raven Morgan, who is expected to start at third base after coming off the bench last year.

Freshman Alivia Newton is slated to play second base and could split time there with junior Brandy Snoddy.

Other possible difference-makers on the diamond will be senior Dominique Toney, who brings power at the plate, junior Samantha Seay, who tracks the ball well defensively and will see playing time in the outfield, and junior Allison Mayes, whose hard work drew praise from Christian.

Buckingham was set to open its season Tuesday against visiting Appomattox County High School, and it is scheduled to visit Nottoway High School on Thursday at 5:30 p.m.