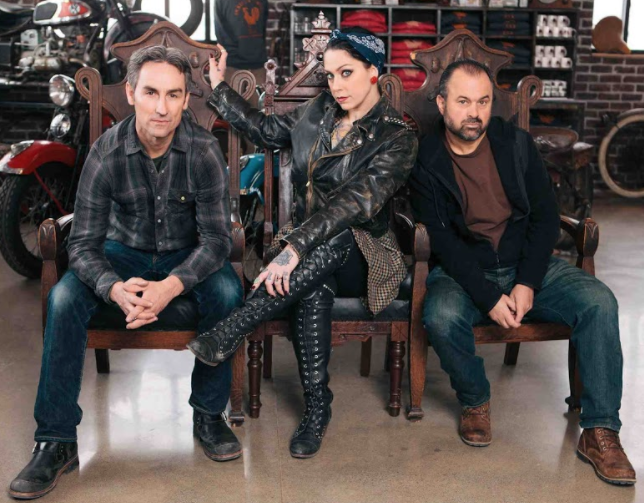 American Pickers Mike Wolfe, left, Danielle Colby and Frank Fritz star on American Pickers, which is seeking antique collections from those living in the Heart of Virginia.

Hit series American Pickers is set to film in Virginia in May, and the show is looking to the Heart of Virginia for those who have unique antique collections and interesting stories behind them.

“Mike Wolfe, Frank Fritz and their team are excited to return to Virginia,” show officials said in a press release. “They plan to film episodes of the hit series American Pickers throughout the region in May.”

American Pickers is a reality television series that premiered in early 2010 on the History Channel. The show is produced by A&E Television Networks in collaboration with Cineflix Productions.

According to a press release, the show “is a documentary series that explores the fascinating world of antique ‘picking’ on History. The hit show follows Mike and Frank, two of the most skilled pickers in the business, as they hunt for America’s most valuable antiques. They are always excited to find sizeable, unique collections and learn the interesting stories behind them.”

Those interested in sharing what they’ve found and collected should email americanpickers@cineflix.com or call 855-OLD-RUST.

“As they hit the back roads from coast to coast, Mike and Frank are on a mission to recycle and rescue forgotten relics,” show officials said. “Along the way, the Pickers want to meet characters with remarkable and exceptional items. The pair hopes to give historically significant objects a new lease on life, while learning a thing or two about America’s past along the way.”

“If you or someone you know has a large, private collection or accumulation of antiques that the Pickers can spend the better part of the day looking through, send us your name, phone number, location and description of the collection. …”