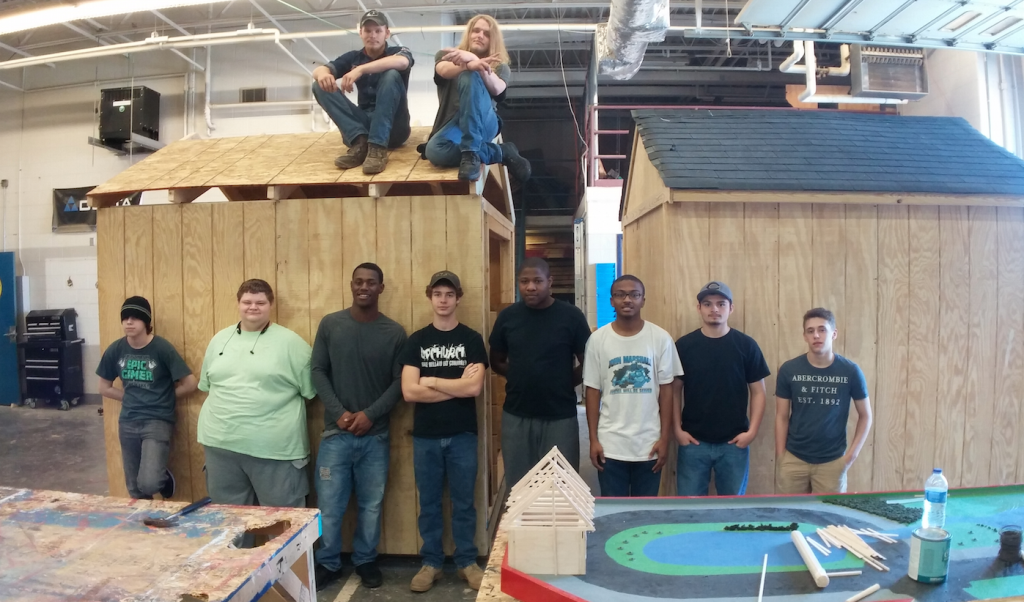 According to a Habitat press release, this year, after the organization received a grant from a Bike and Build that’s supplied the organization with funds for building materials, CCHS carpentry instructor David Sullivan led his students to help with another build in providing sheds for those who live in Habitat homes.

“I’m really proud of this group,” Sullivan said of his students. “This is real-world stuff that these guys will be able to use when they get out of here, plus we’re helping Habitat at the same time. It makes us feel good.”

Last spring, Habitat for Humanity partnered with the high school to build a storage shed for a habitat homeowner.

Division Superintendent Dr. Amy Griffin said the division is proud about its Habitat partnership with the schools.

“We feel it is important that our students apply what they are learning in school to real-life situations,” Griffin said. “More importantly, we want our students to help and be giving to others.”

Senior Chase Cadd said the project helps the students care for their neighbors.

“You’ve got to look out for your fellow man, make sure they’re clothed, fed and sheltered,” Cadd said.

The release said one of the sheds will be moved to the latest Habitat build in Dillwyn while the other will remain in Cumberland for a first-time build.

“We have a partner family ready to build in Cumberland, and now we are assembling a leadership team for that area,” said Sam Rabon, Habitat’s community outreach director.

“We are having an initial meeting for people who are interested in becoming involved in Habitat in Cumberland,” Rabon said in the release.

The meeting is open to the public and will be held Monday, May 1 at 6 p.m. at the Luther P. Jackson Adult Education Center located at 15 School Road in Cumberland.

The Bike and Build grant is funded by participants who travel by bicycle across the United States each summer.